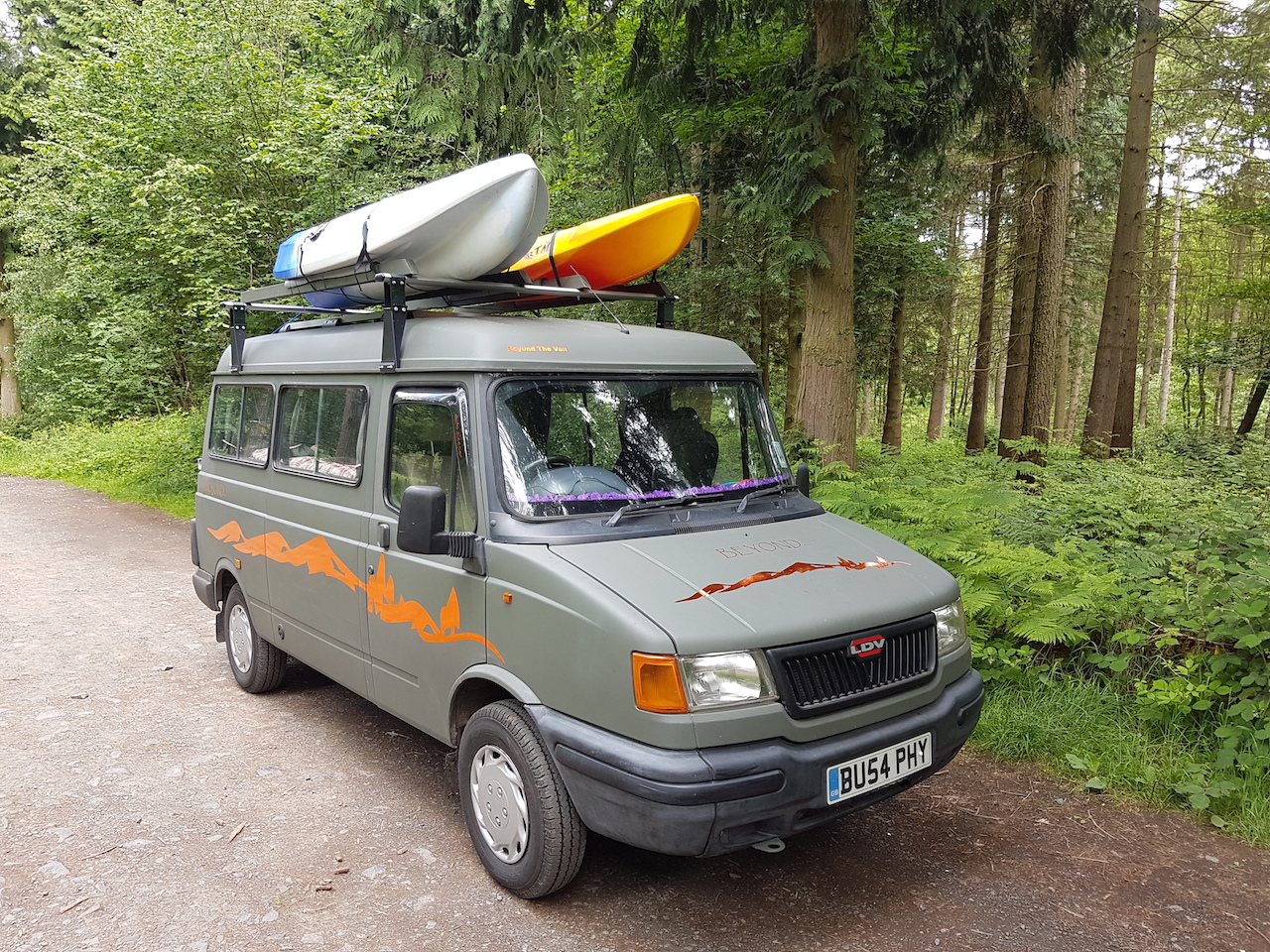 It’s been a while. My recent blog update skills have been pretty poor – well, non existent! My apologies – must try harder – as my school reports always stated!

Firstly, another new Beyond has been born. Well, it was about due! Another LDV… The Pilot. 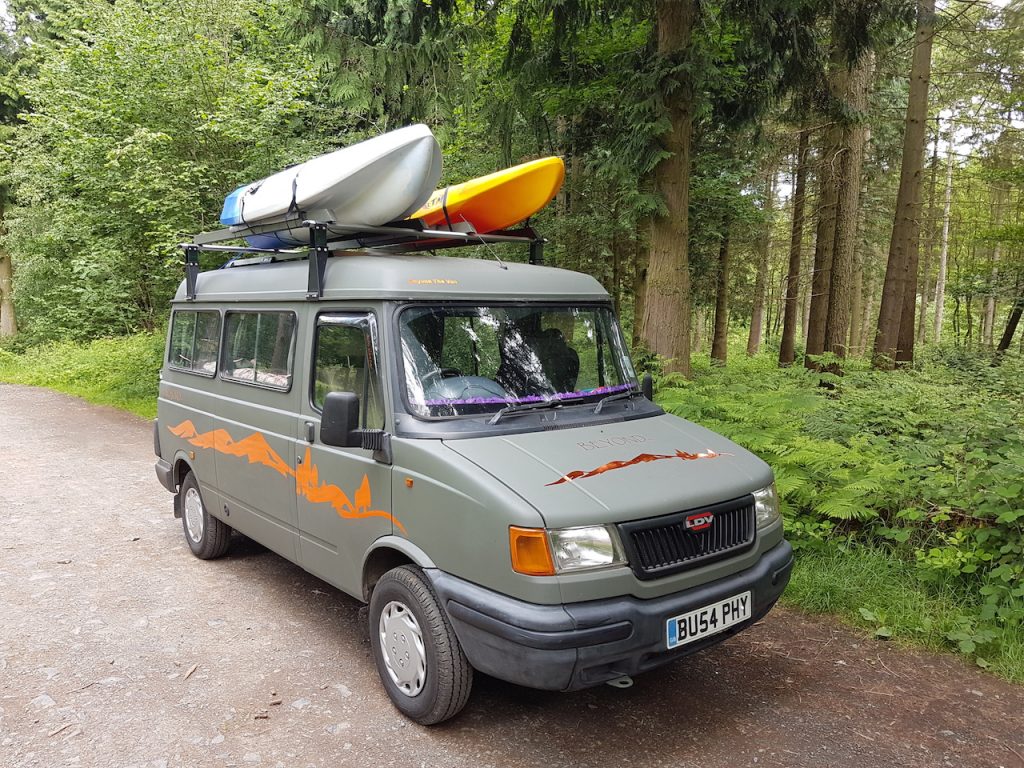 After Ted and I went on a tour of Devon and Cornwall, I was horrified to work out the Luton is averaging about 18 MPG. I don’t know why that seems so shocking, it’s 5000Kg and has the aerodynamics of a brick. But I love it. It’s a house on wheels and best of all, it has no mortgage attached!

I no longer had a small, economical travel van as my black Kangoo camper was kindly written off for me just a week after returning to the UK following my trip to Portugal. It was unfortunate as the Kangoo was provisionally sold once I returned home, however after much work I built a much better Kangoo camper for the lady who was waiting for mine. This still left me with no travel van. 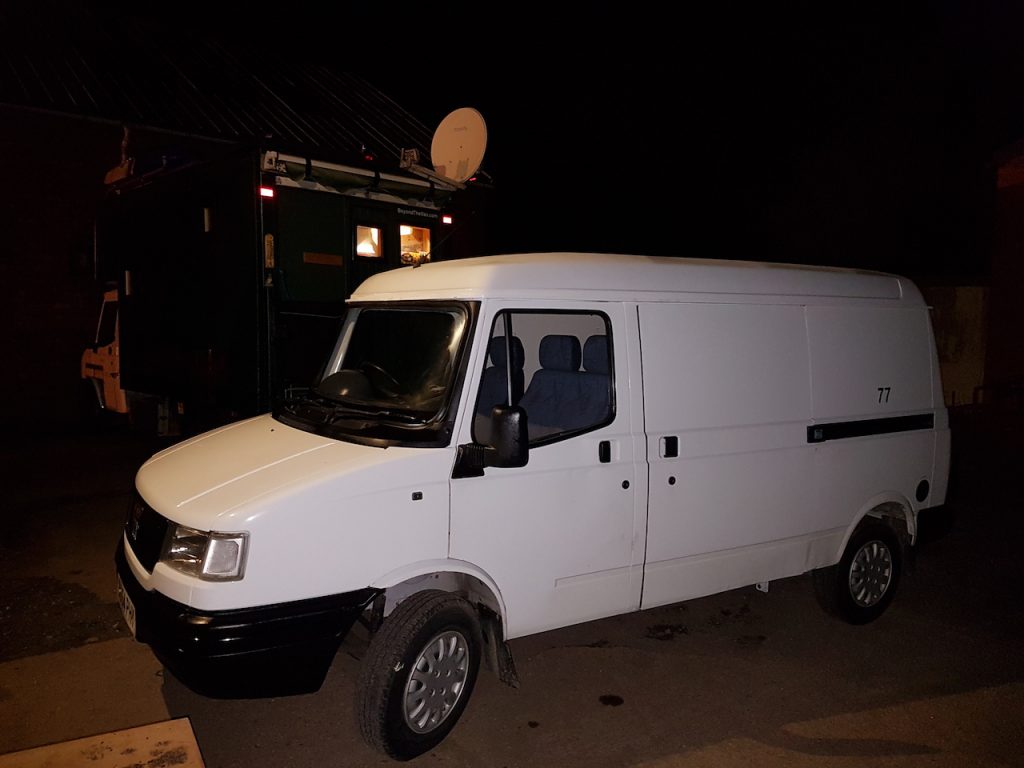 She’s a beauty. Only 52,000 miles from new and not a spot of rust – anywhere. I must now own the only two LDV vans that have no rust! 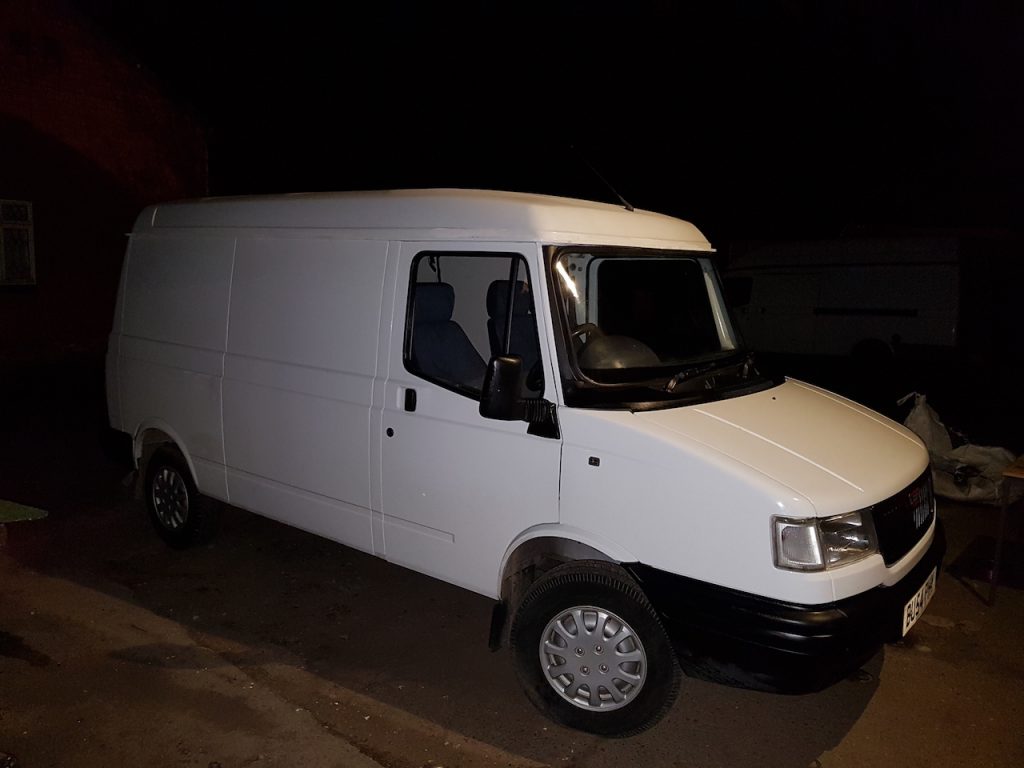 Over six weeks, I rallied through a full Nato Green re-spray and basic camper conversion – including the DVLA V5 updated and returned! This van was aimed to be a retro looking hippy travel van. I think I succeeded.

Yes, that’s a wood burner. Would you expect anything less? 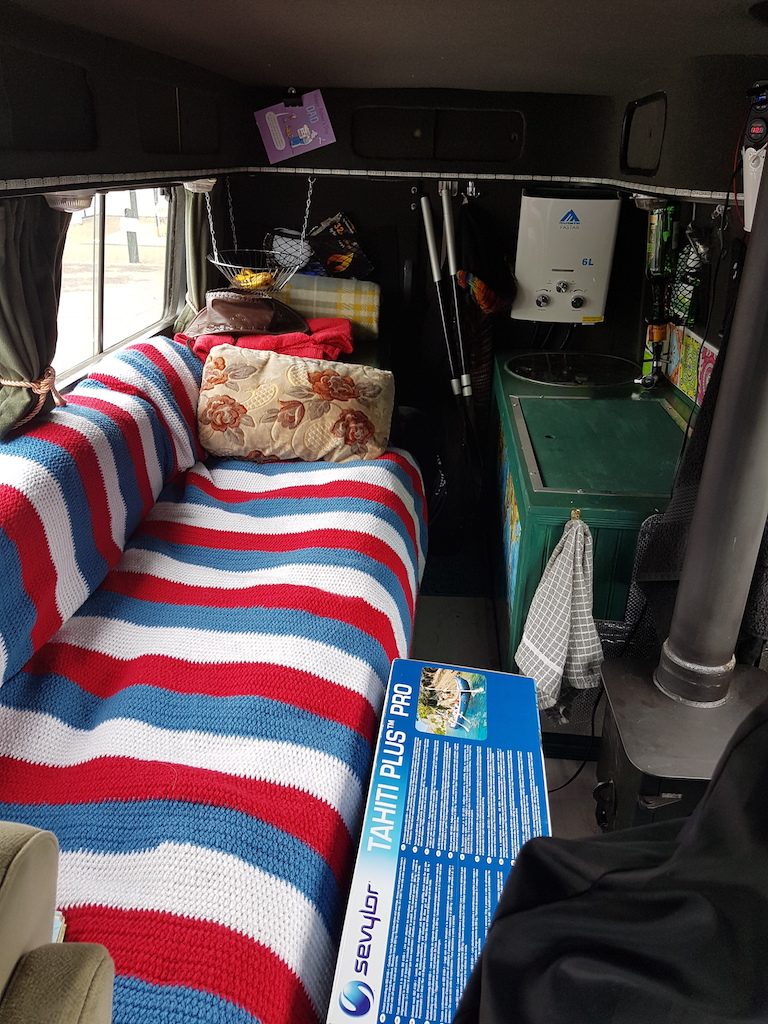 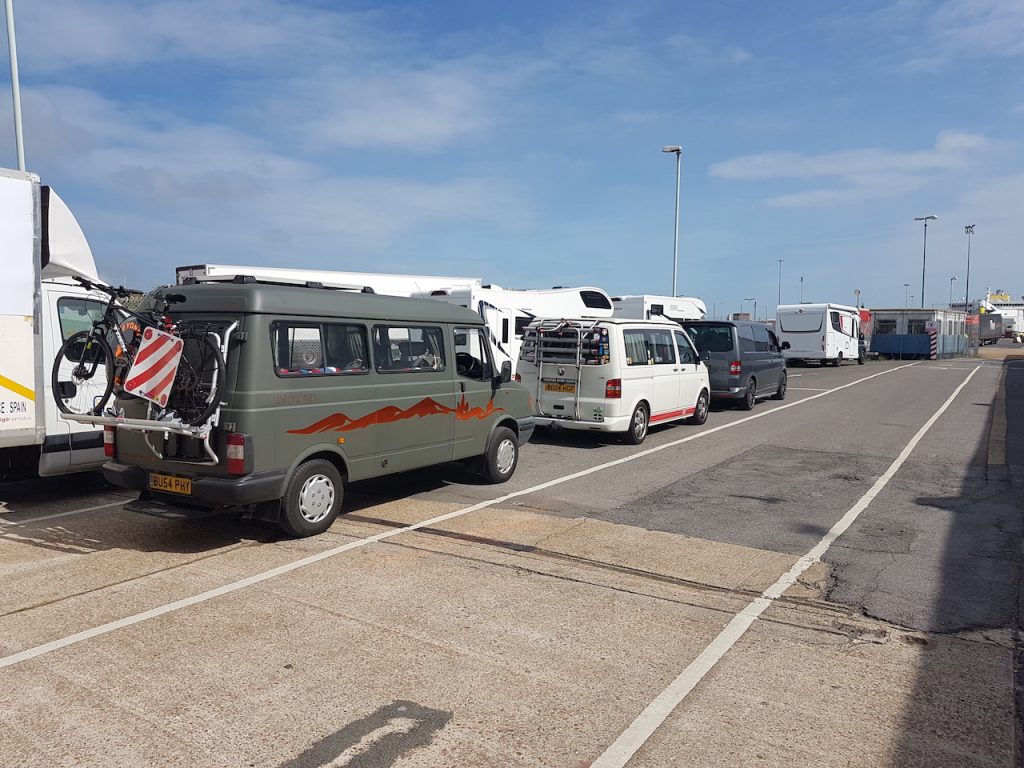 I probably don’t need to mention how much I love Portugal – you’ve guessed it, that’s where I’m heading right at this very moment. In fact, at the time of writing, I’m sitting on a very rough sea praying my sea sickness tablets work true to form. So far, so good.

Various travel plans were thrown around for this trip. Earlier in the year, I met Sarah who is experienced with travel and for a while we’d planned to travel together, taking both the Pilot and her T4, affectionately named Bertha. We’d planned to go to various countries, but  a few days before catching the ferry we realised that our methods of travel differ greatly and in fact we both want to go to different places this trip. So that’s what we’re doing – Sarah’s doing her preferred adventure, and I’m off to Portugal; to start with. 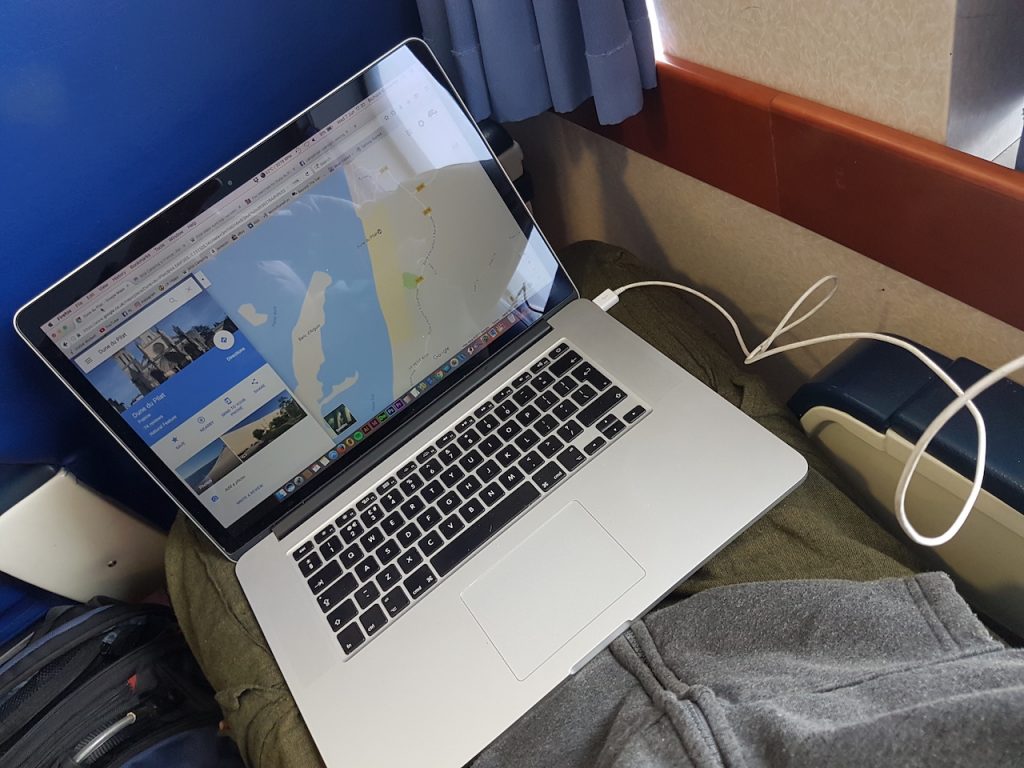 As usual, my planning was no more than booking my ferry. Which in fact, Sarah did for me. She’s a good’un.

Where am I going exactly? Not a clue. My journey as usual will likely be my destination. France, Spain and Portugal of course is my rough plan and looking for amazing places all the way.

I had to leave the Kayak behind – having it on the roof was like having a jet plane above my cab. I’ve replaced it with an inflatable version! Ted, keep your choppers away!!

I aim to do a blog post once or twice a week, as well as videos. No longer do I have satellite broadband with me so blogging is going to be down to the availability of reliable 3G or hopefully 4G. Currently, the WiFi on the DFDS Ferry is doing me proud. 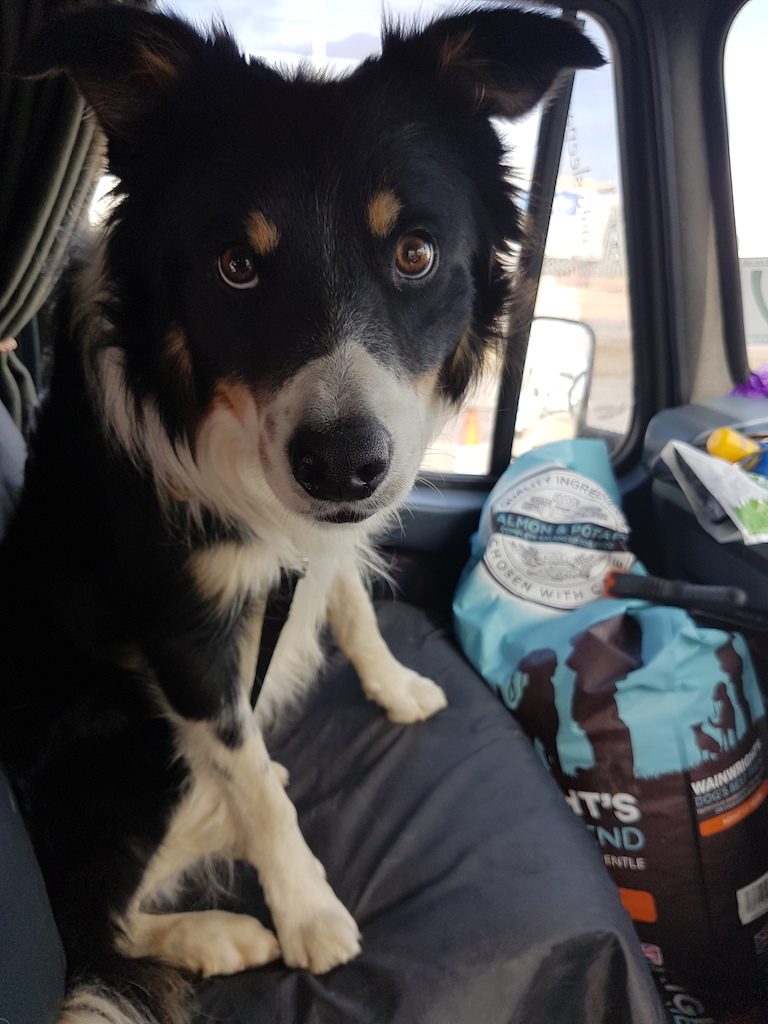 Ted’s my travel companion of course, and if he knew how much water was awaiting him, he’d be in doggy heaven. He’s growing up to be a brilliant friend. We do fall out now and then but on the whole he’s my best buddy. When he’s not in my good books, he becomes Sarah’s dog. Of course.

With no fixed plans or duration of travel, once the ferry docks, the adventure will begin. As always, I will share it with you. Hope you enjoy…