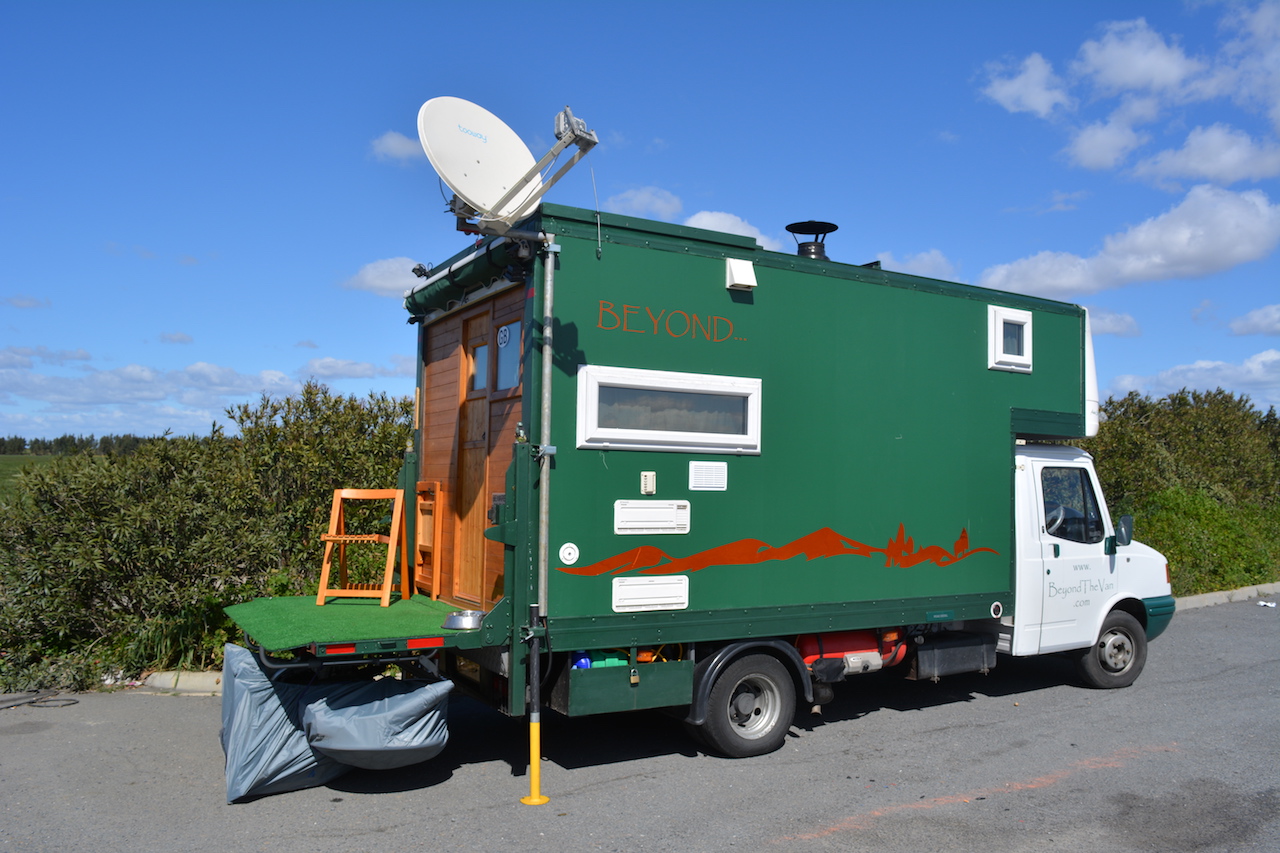 France is a delight. The roads were superb and the traffic was minimal. Anywhere you could possibly want motorhome facilities, you are sure to find them. Most services (aires) had waste emptying points, water taps, and some of them even had electric hookup for those who need it. The French drivers are incredibly patient and when we did make stops, the local people were delightful.

Our first venture was to a local supermarket to stock up a bit. 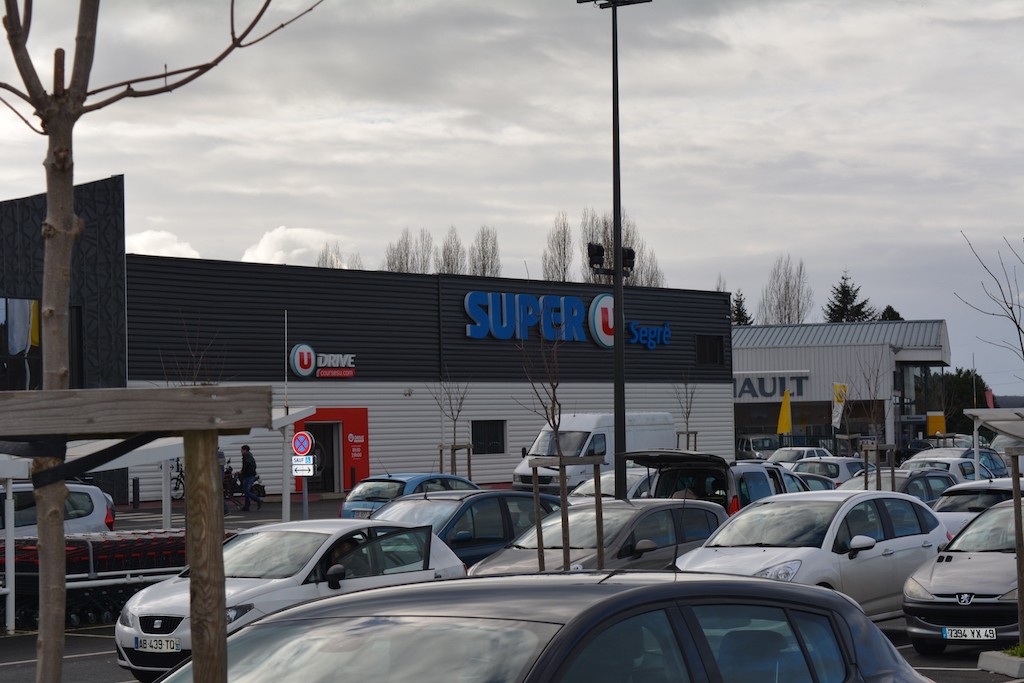 As usual, we were clueless as to what we were going to buy before we went in, but we soon found the basics – bread, croissants, meat, veg, etc. I didn’t take a photo but… THEY SELL SNAILS IN HERE!!!

I didn’t buy any.

I would happily try them if they were cooked on my plate, but fresh and raw in the supermarket just didn’t appeal. Being British in a new country, we of course bought ingredients to make up a roast chicken dinner.

Going through the checkout was interesting. In England you bag your veg and the checkout operator weighs and prices it, but in France you have to do your own weighing and labelling at the time of bagging. We didn’t know this until we were half way through the checkout. Nobody actually spoke any English in here, but they did sort out our mistake with a smile of “oh bless, a newbie from England” – I apologised in French (I think) but nobody seemed to mind our error, including the person in the queue behind us.

The French are lovely. 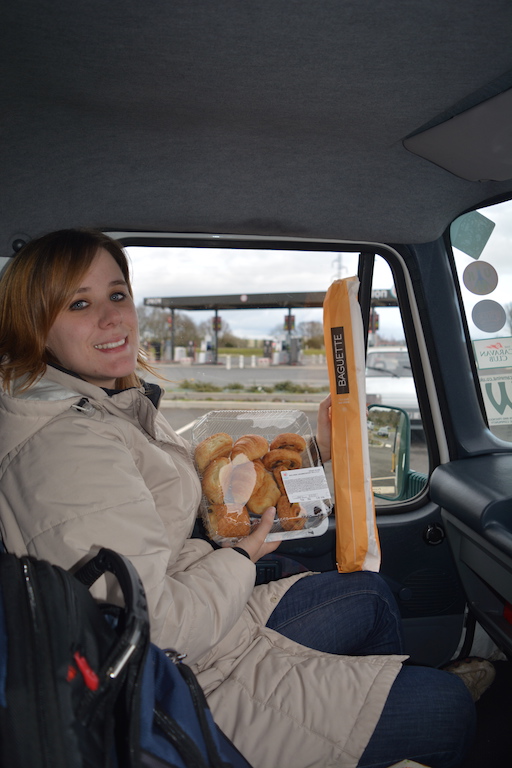 Equipped with food, we fuelled up (at around 73 pence per litre!) and headed on our way. 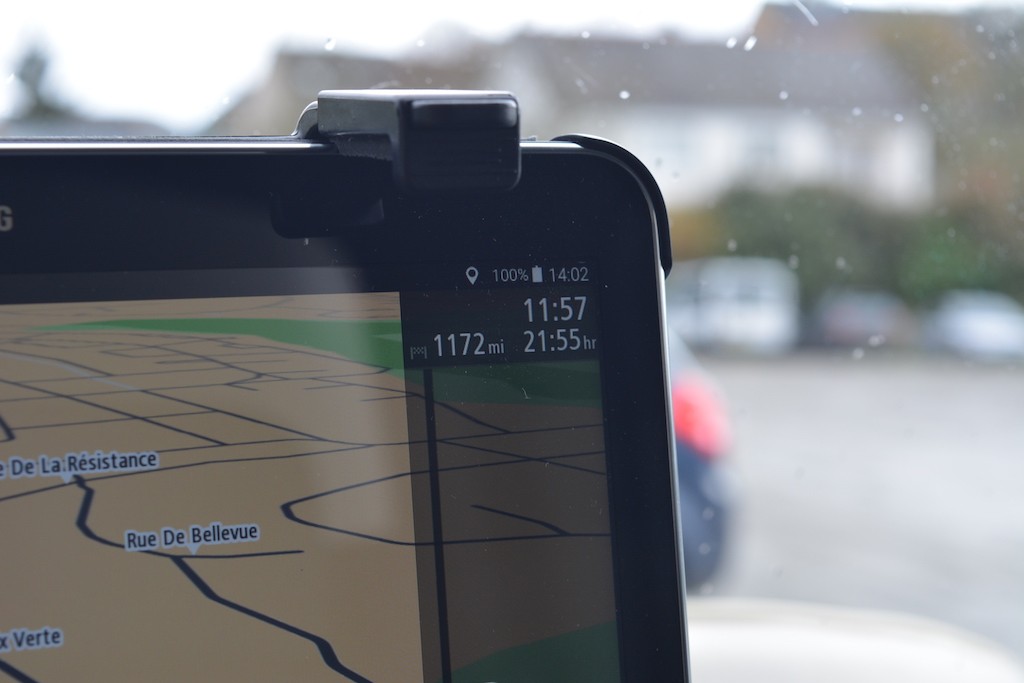 We stopped off en route to buy a reflective board for the cycle carrier to make us legal for Spain. In the caravan accessories shop, we did well between our bit of French and the pretty good English spoken by the gentleman who served us. 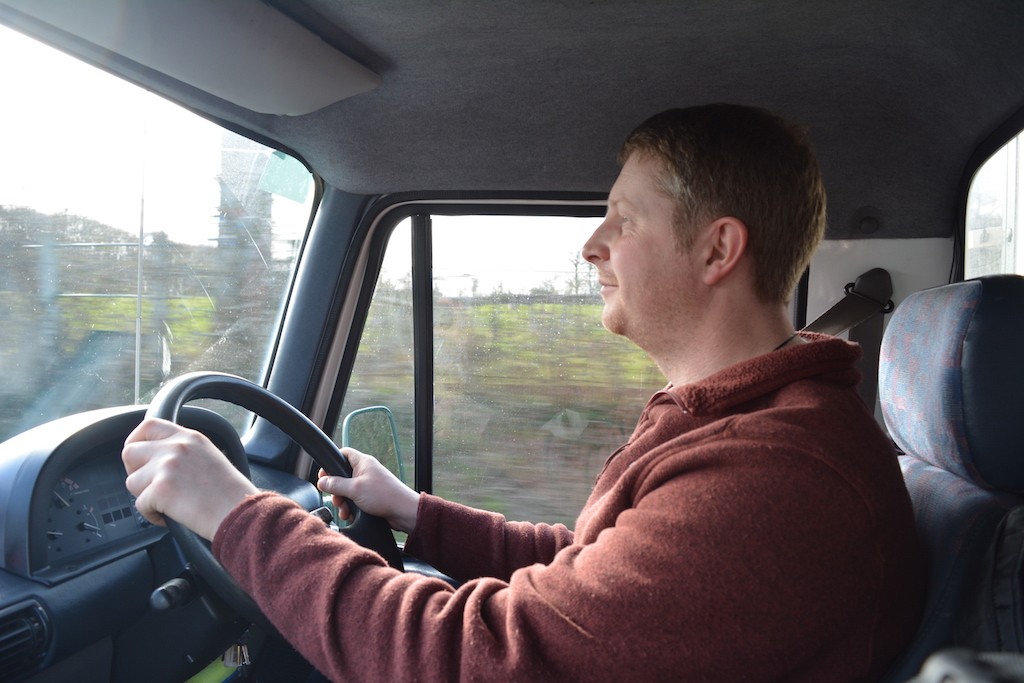 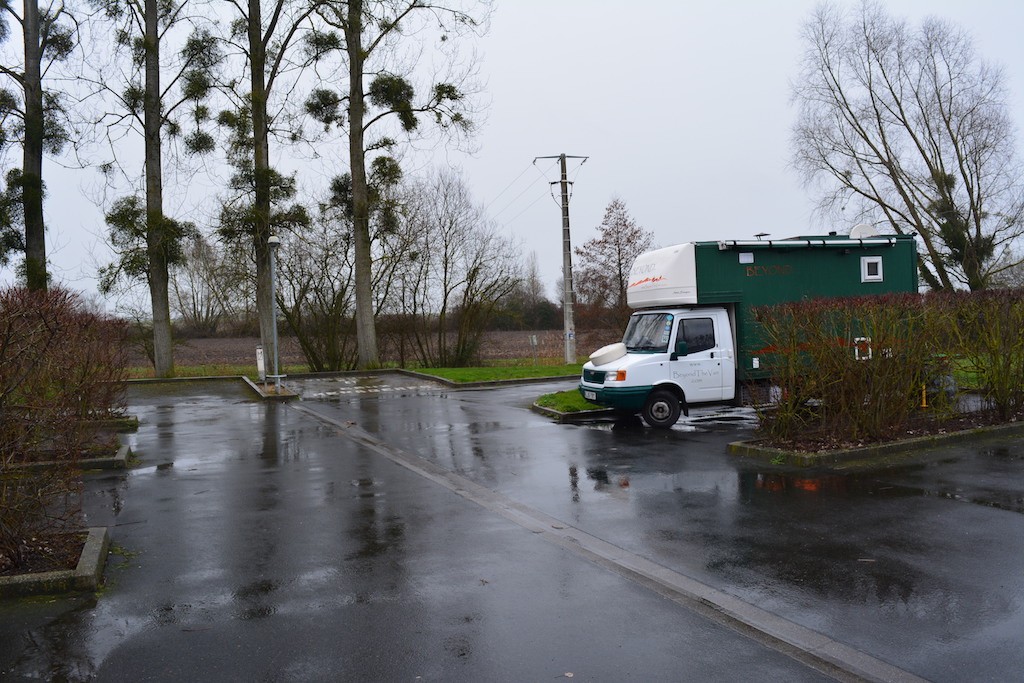 We found ourselves a lovely Aires for our second night in France. When we arrived in the evening, it was pretty full but most people had moved on very early. This Aires didn’t cost anything to stay at overnight. 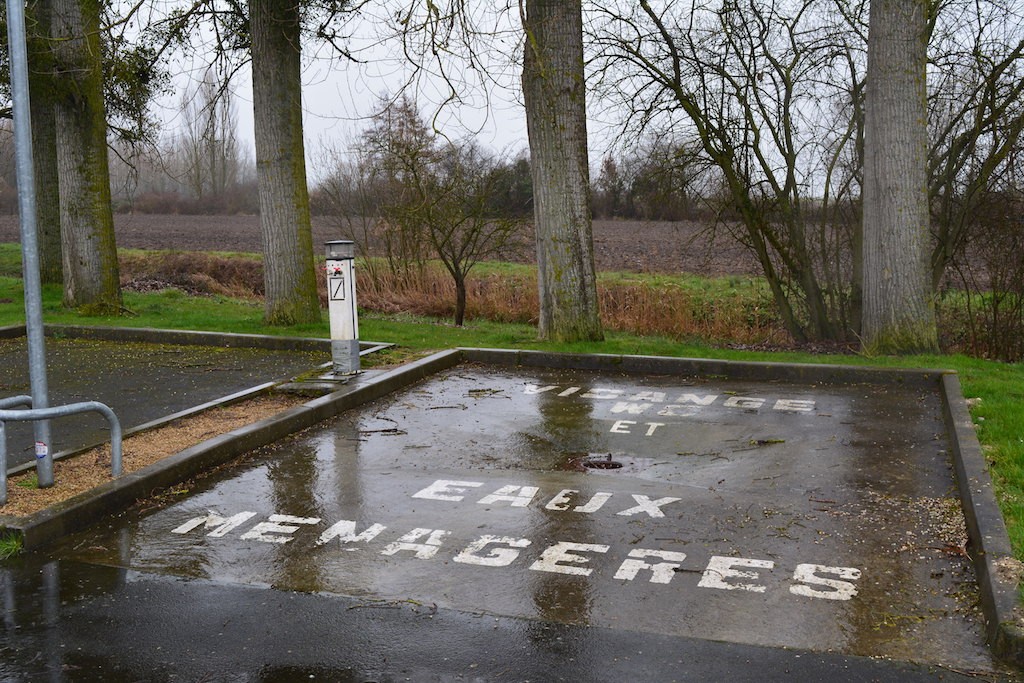 Free to use, a motorhome emptying point and a tap, what more could you ask for? Perhaps electric hookup if you needed it – they had that there too! 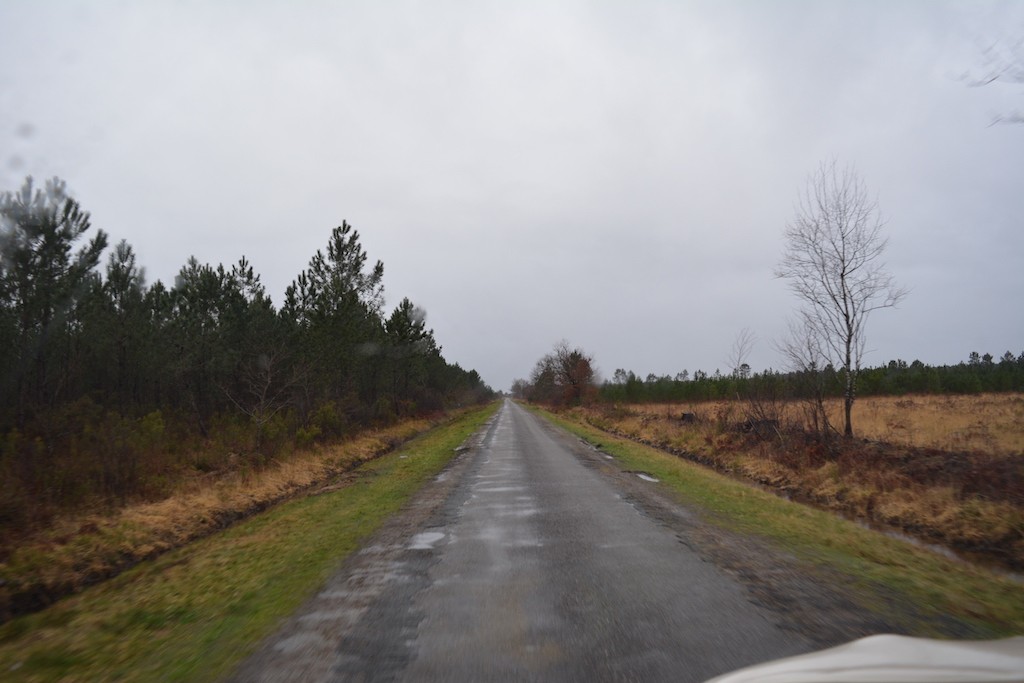 That awkward moment when you think you know better than the Sat Nav. Fail.

With just under half of tank of fuel left, no idea where these long straight back roads lead to, what could possibly go wrong?! 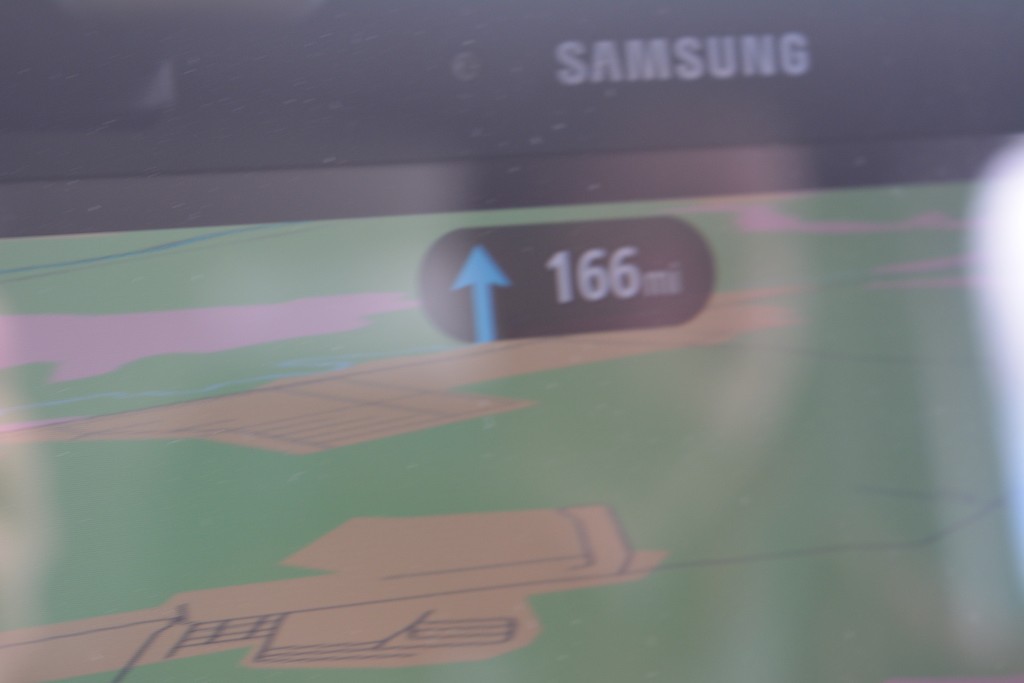 This could take a while.

As I explained to a “slightly” apprehensive Kirsty, you can’t be lost if you don’t know where you’re going. It was probably the lack of fuel that was bothering her the most. We did spot a couple of fuel stations, but they were on the other side of a fence.

Eventually, we came to a roundabout which put us back on the motorway having completely bypassed the toll road and in fact driven parallel to it most of the way. We soon filled our diesel tanks up and continued on our travels. I wasn’t concerned during our detour at all. Honest. 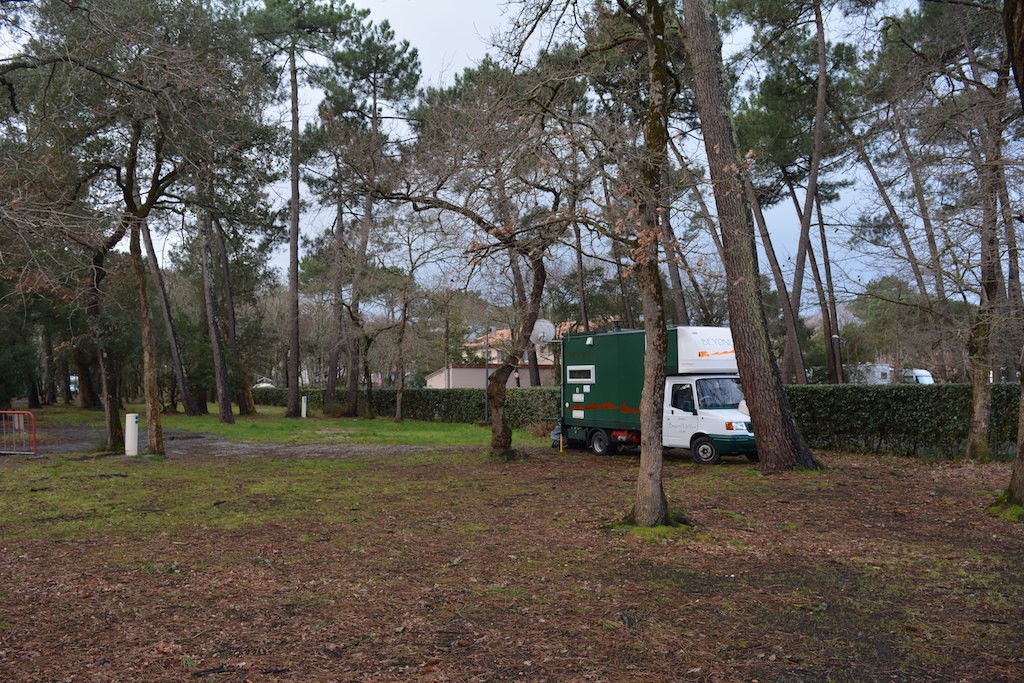 We found a lovely Aires on the way out of France, it was basically a woodland. 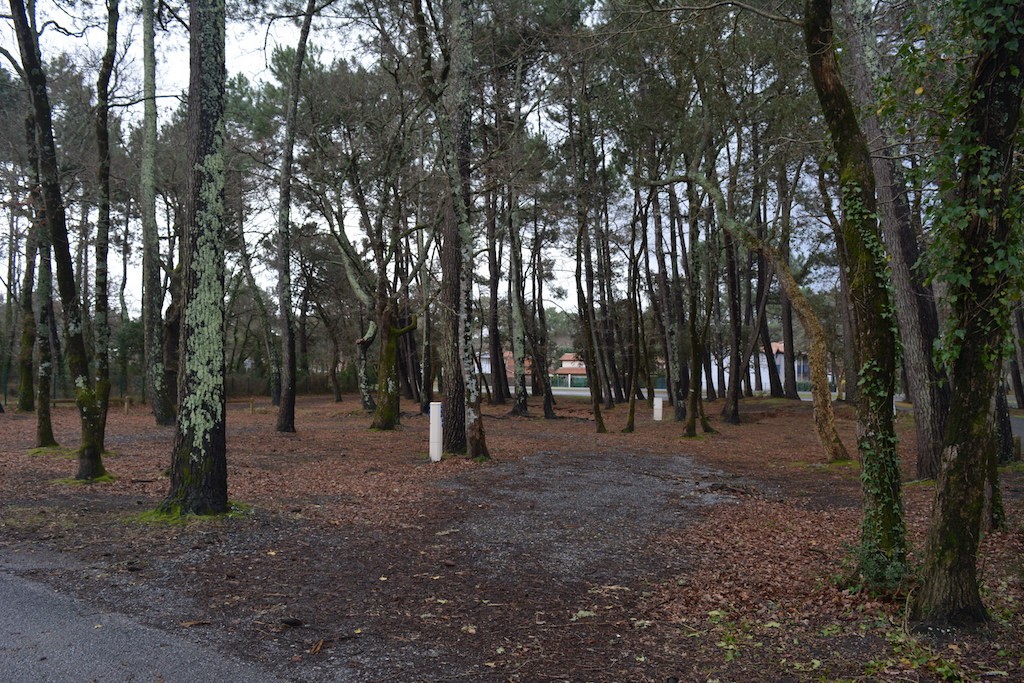 This Aires cost around £5 for the night. We arrived late and the miles were taking their toll, so a fiver for a good night sleep in a convenient spot was money well spent. 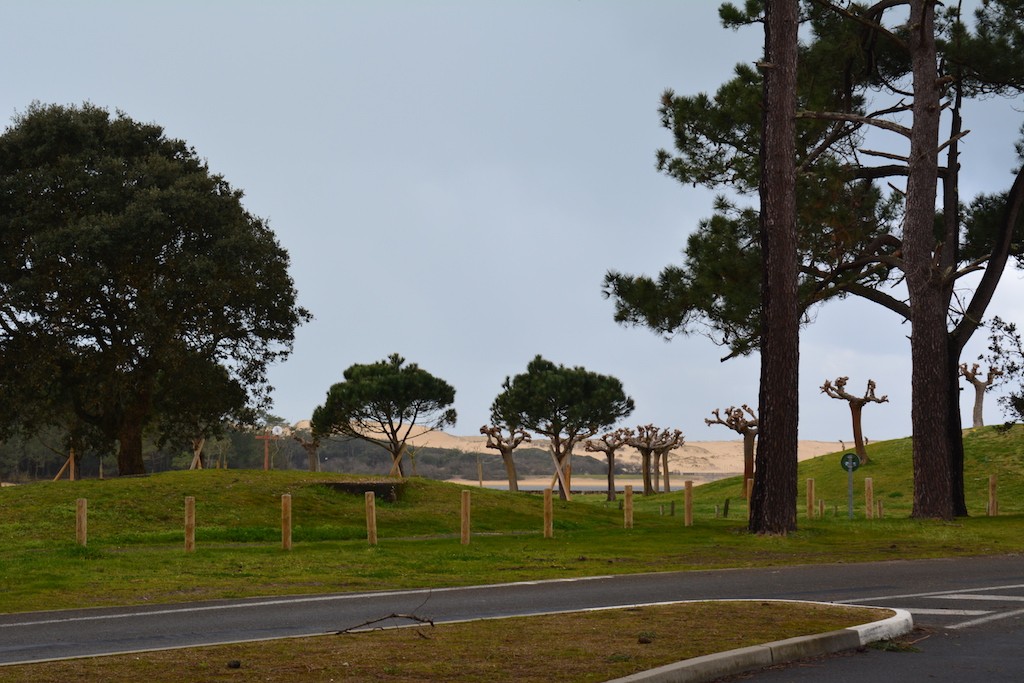 The scenery in France was delightful. 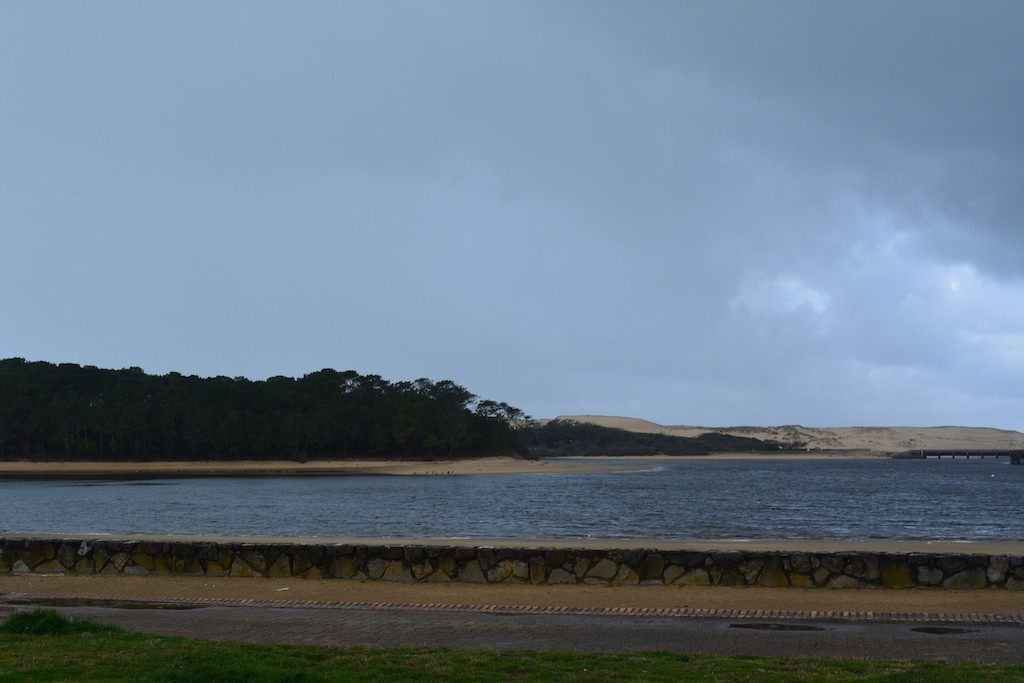 We’ll be coming back to France! For now though, we’re ready to continue into… 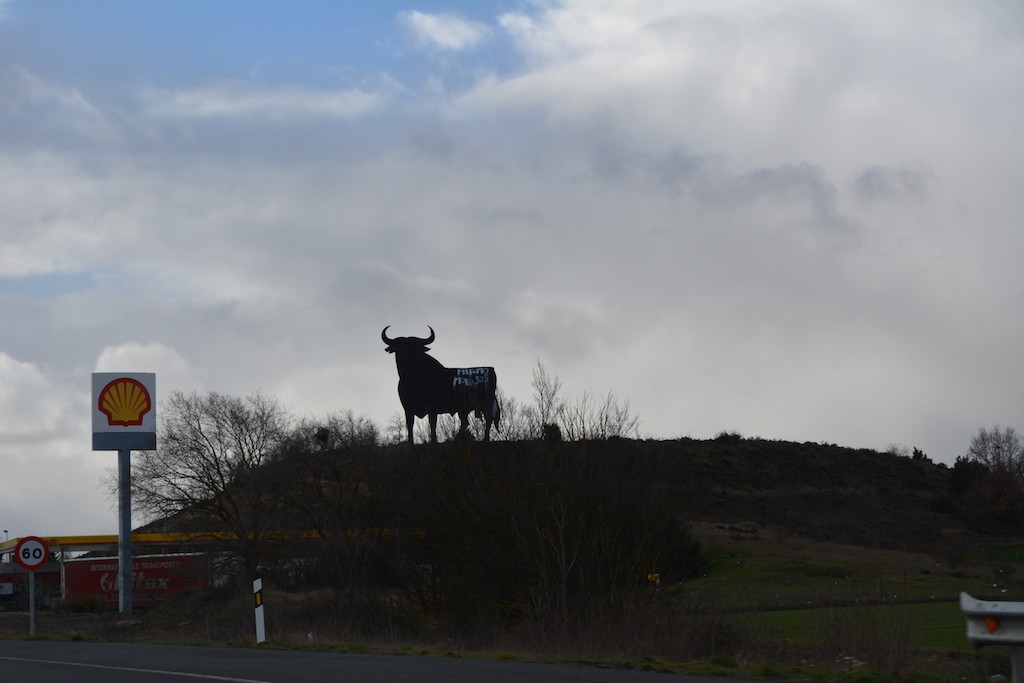 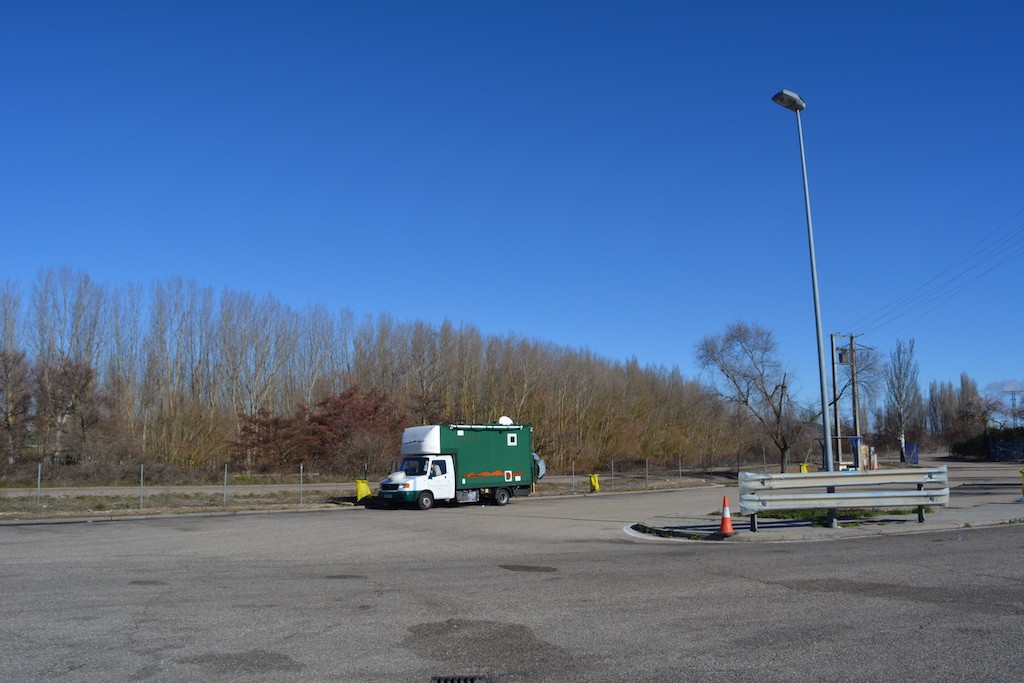 This was our night spot for our first night in Spain. Quite a sharp frost in the night! 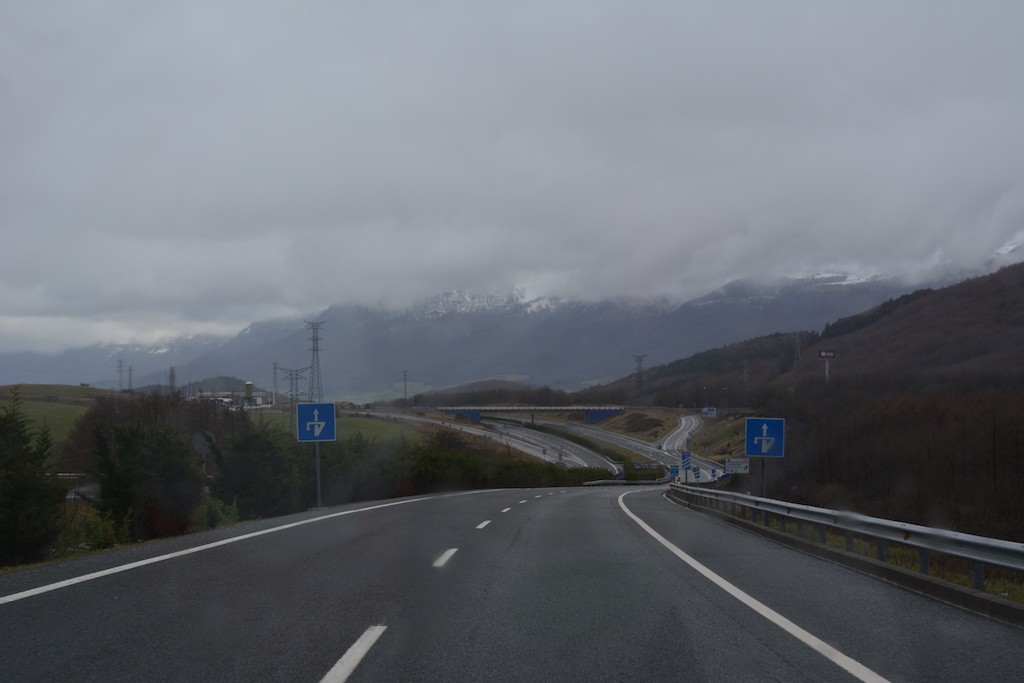 The roads through Spain were long. I was getting used to the Sat Nav saying “Continue along for 55 miles” but now I’m used to that being more like 155 miles per stretch! 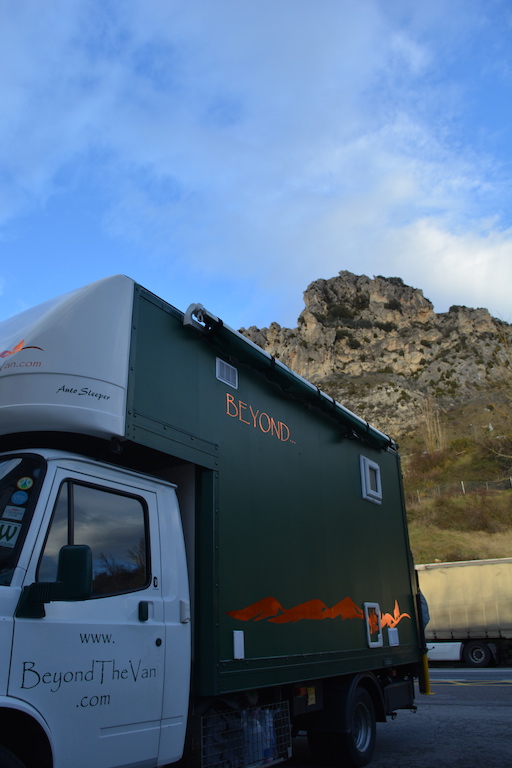 The sun was blazing down on us, the solar panels were loving it! So we stopped off and made great use of our free electricity source… 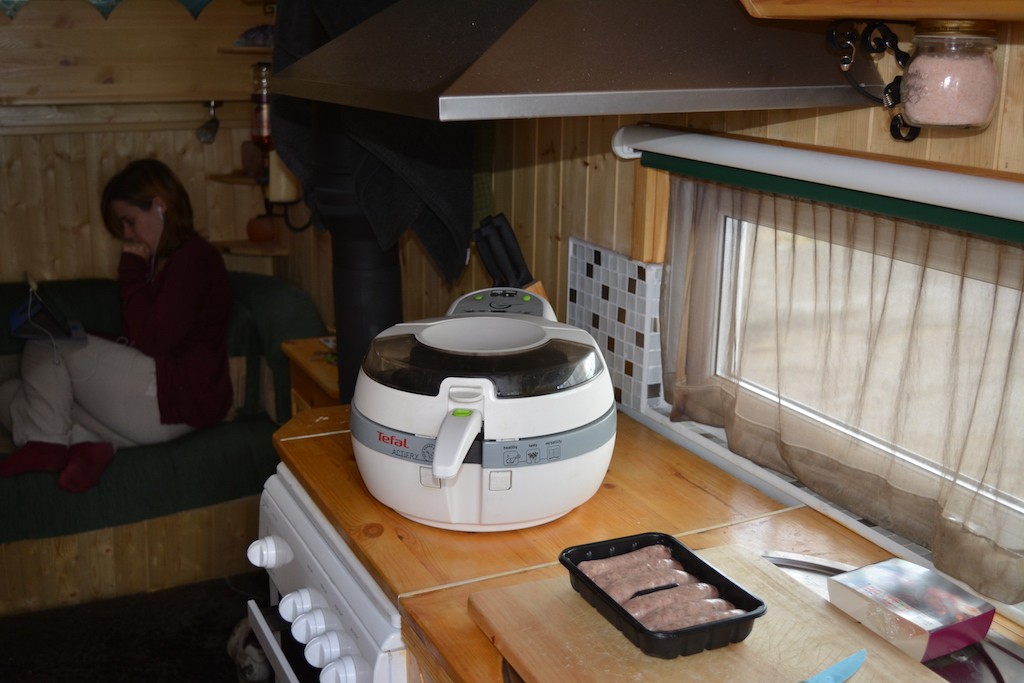 Wedges and sausages? Why ever not. Pretty standard food in Spain…. for us. 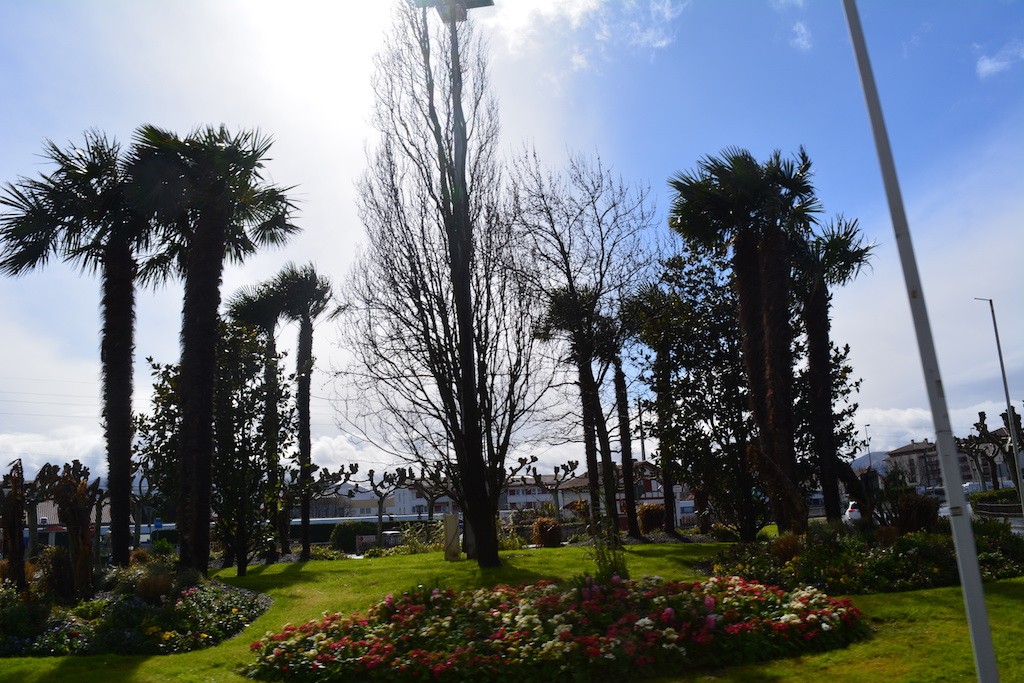 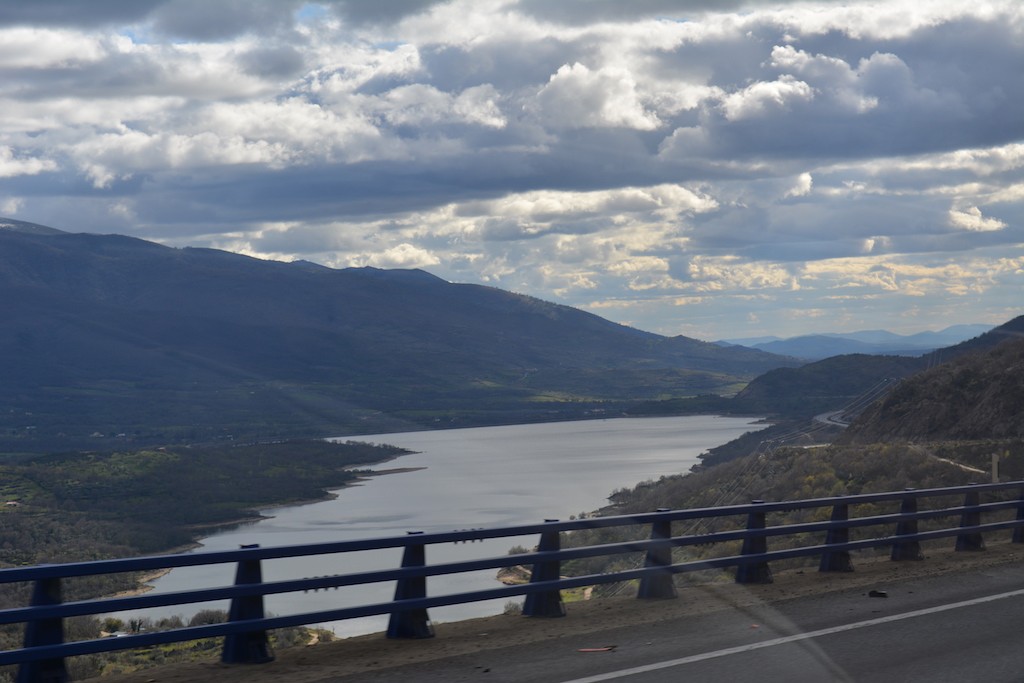 We passed some lovely scenery in Spain. 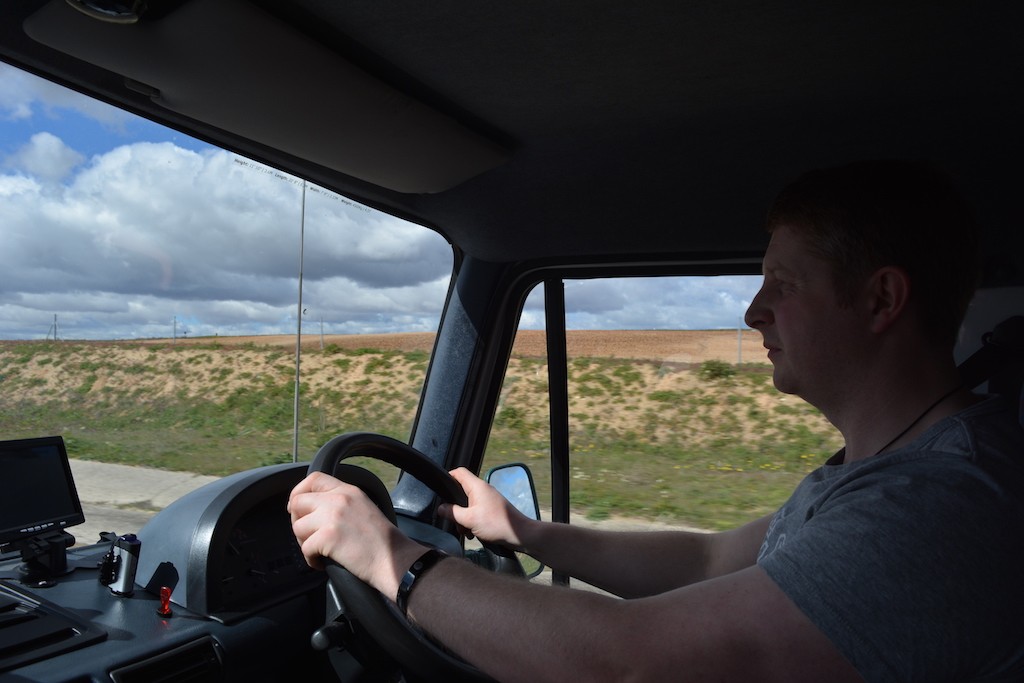 I must admit, it has been a LOT of driving. The lovely roads do make it a much more pleasant experience though. We cruised mainly at 45-50MPH with the occasional 60-70MPH bursts on the Spanish motorways where the stretches were long and the winds were nil. 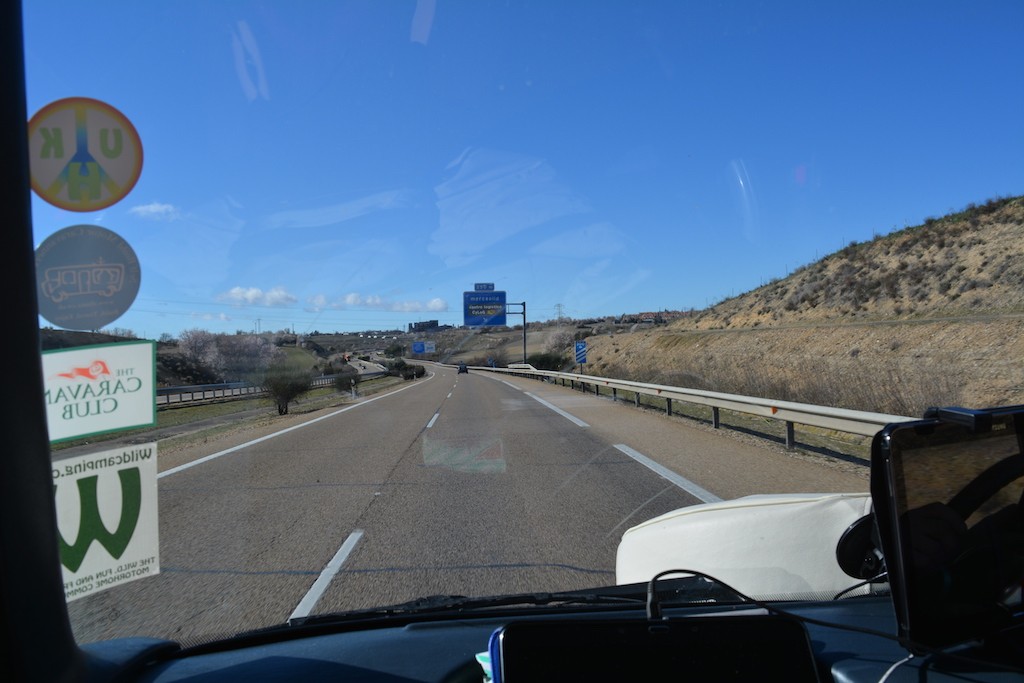 Beyond is doing well. Having clocked up over 1,600 miles since leaving home. The starter motor is on it’s way out though. The first start of the day is now mostly just a crunch, after that all is fine. Thankfully I had the sense to buy a spare starter motor before we left home so if it does pack up completely, hopefully I can fit the new one. Fingers crossed it holds up for a while yet though. 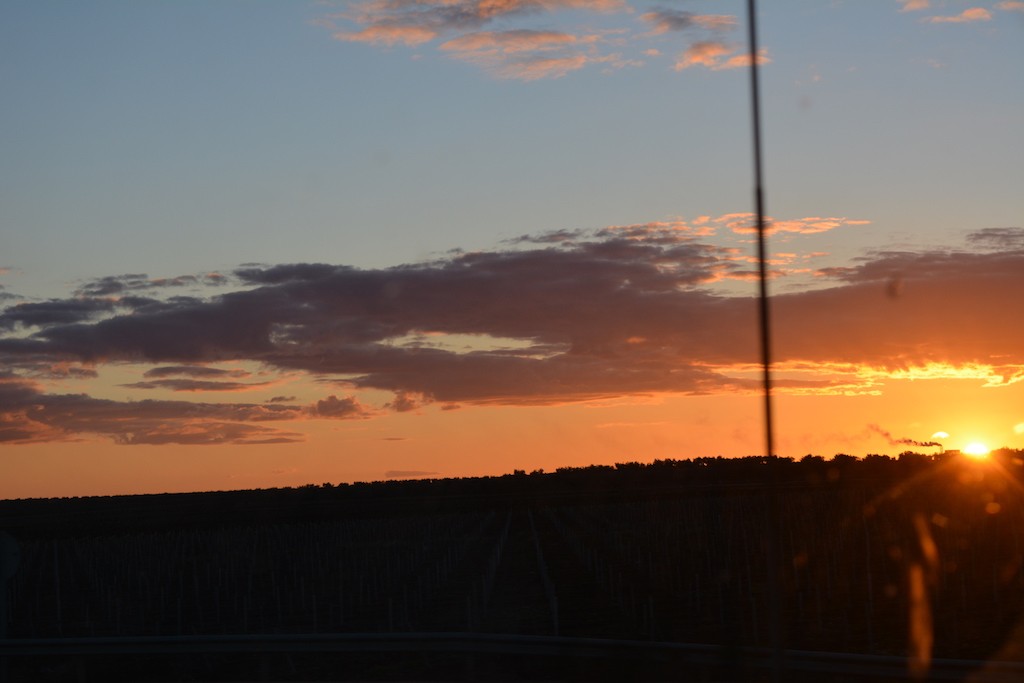 Evening was descending upon us and we picked a fuel station with parking bays as our pitch for the night. I was shattered from the driving and went to bed at 8pm!

We use satellite broadband for our internet and landline phone (free calls to home!). I was under the impression that satellite worked anywhere. Well, it seems it does, and it doesn’t.

At the top of France, we had satellite which meant calls home and a blog post were all as planned. Once we were further down France, I could align the dish but the modem wouldn’t connect to the ISP (Internet Service Provider).

By the time we had got to the bottom end of Spain, I though a phone call to Europasat was a good plan to find out why we were being denied internet access!

The satellite does work anywhere in Europe, pretty much. However, the modem does not! The modem will be looking for the UK beams coming down from above. The Cherbourg area was just in reach of UK beams. 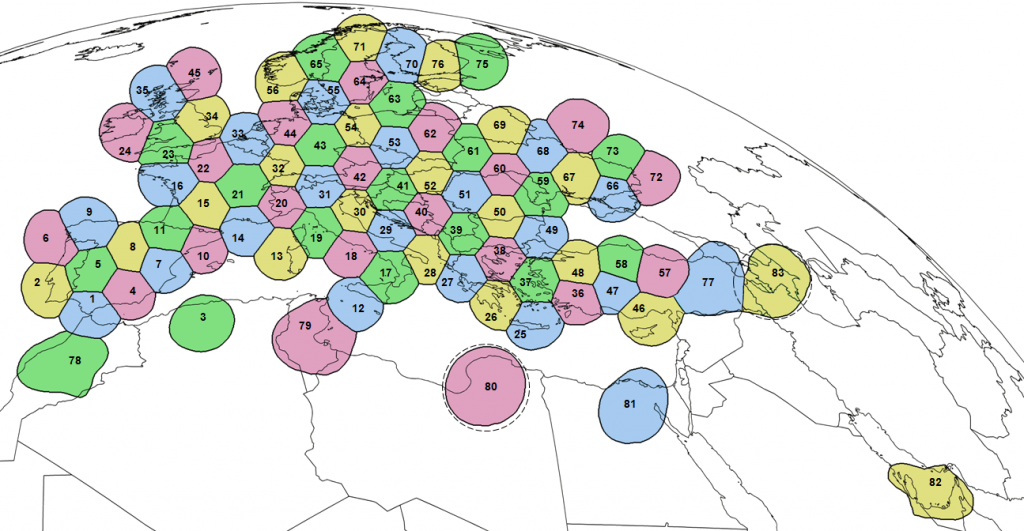 Europasat explained that once your modem is activated, you can travel anywhere within the beam it was activated under. In our case, the West Midlands, it’s beam number 23. This does overlap France, slightly.

The news that has made my week though is that with a quick phone call, Europasat can deactivate the modem, so it can be re-activated in a different beam area. This costs £29.99 to change your area. I was happy with that and now we’re activated under beam 2 which is the southern half of Portugal. Once we leave beam area 2, a two minute phone call and another £29.99 will have us up and running again in a new area.

Do I mind the fact it costs £30 each time? For the convenience of having decent and reliable broadband and landline telephone for cheap/free calls, it’s worth every penny. We just now know to plan our routes to keep us in the currently registered beam area for as long as possible.

I have promised to do a blog post dedicated to the satellite system, and I will. Now I know how it works abroad, I can do a comprehensive post with all the information anyone might need if they’re considering satellite. This will come soon. 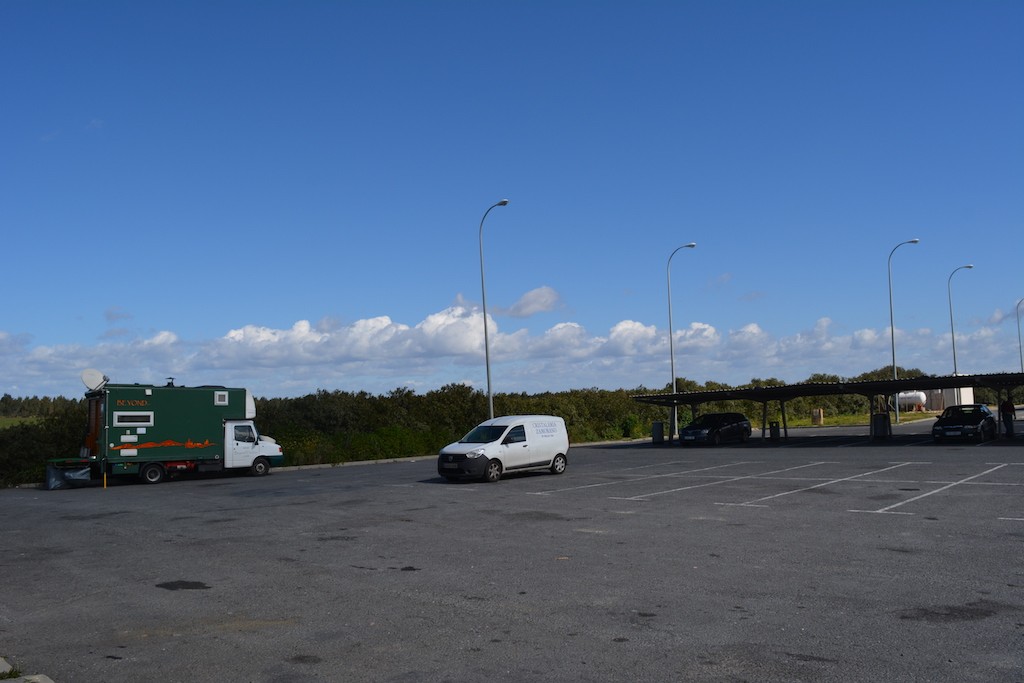 This was our location for our last night in Spain. The satellite all setup and working, we spent most of the day here too! 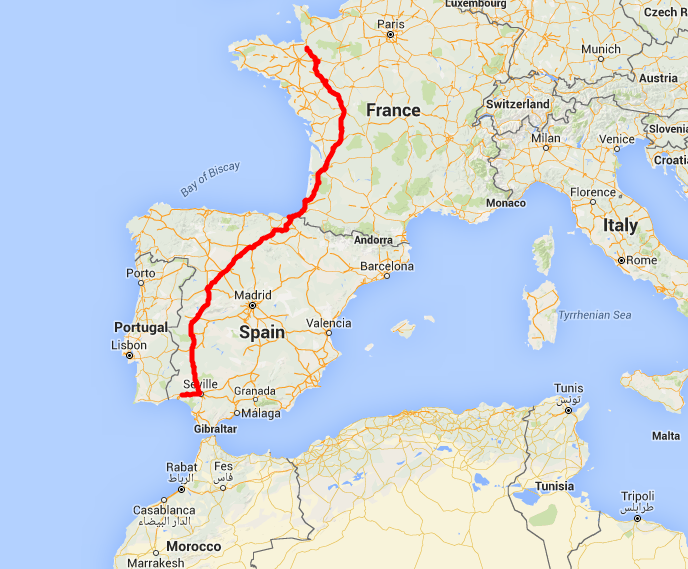 Our GPS route logger is doing us proud. This map shows our exact route. If you’d like to view our route in more detail, just click on this map.

Our next stop… The Algarve.

Big THANK YOU to everyone takes the time to comment on the blog posts and to the people who email us. Please do keep them coming, it inspires me to keep up the blog!

We really appreciate your feedback, ideas, suggestions and help with things. I will always reply to your email, it may just take me a bit longer whilst we’re travelling around.

9 Comments on “Driving in France & Spain”