BeyondTheVan Posted on May 10, 2016 Posted in Weekend Breaks 20 Comments 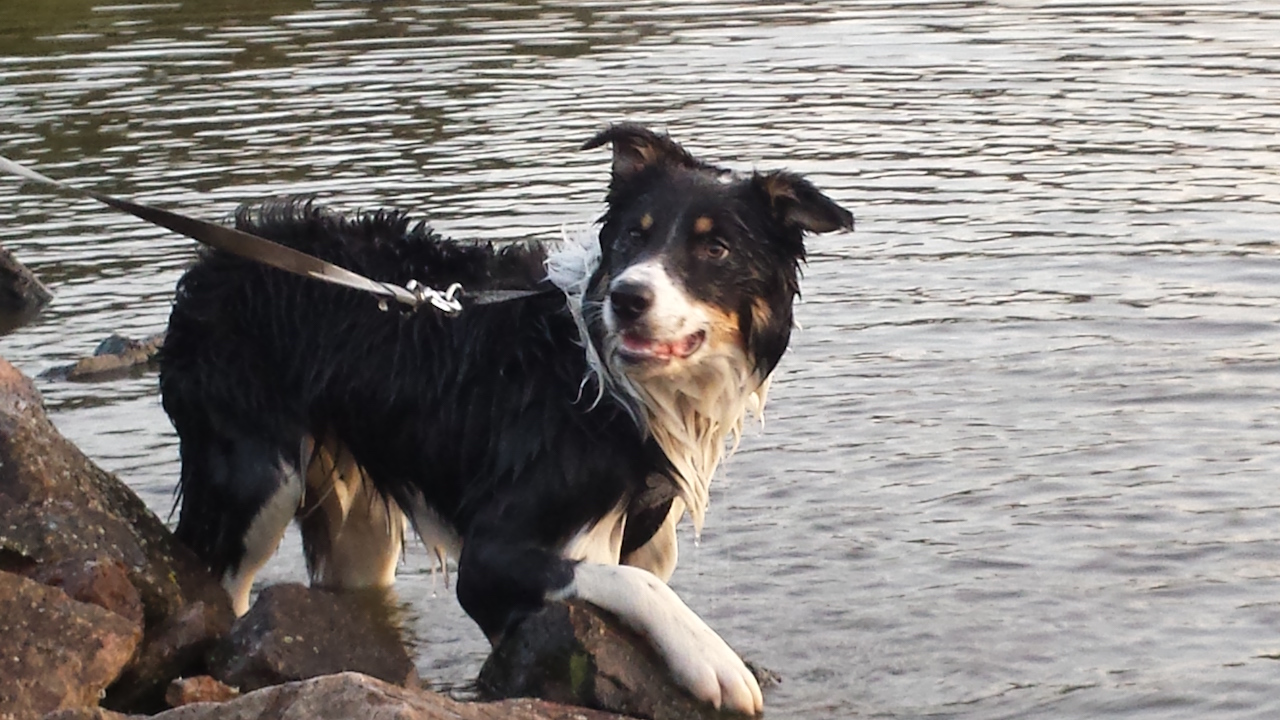 The day we returned to England from our first trip abroad with the van last month, we picked up my new travel buddy, Ted. 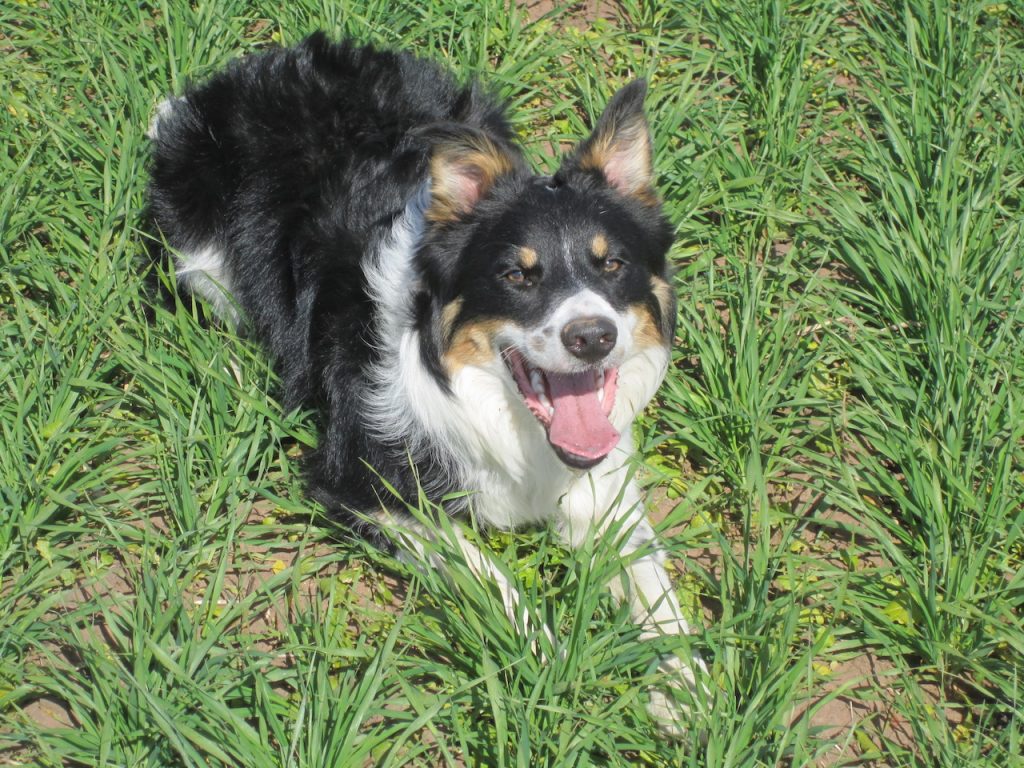 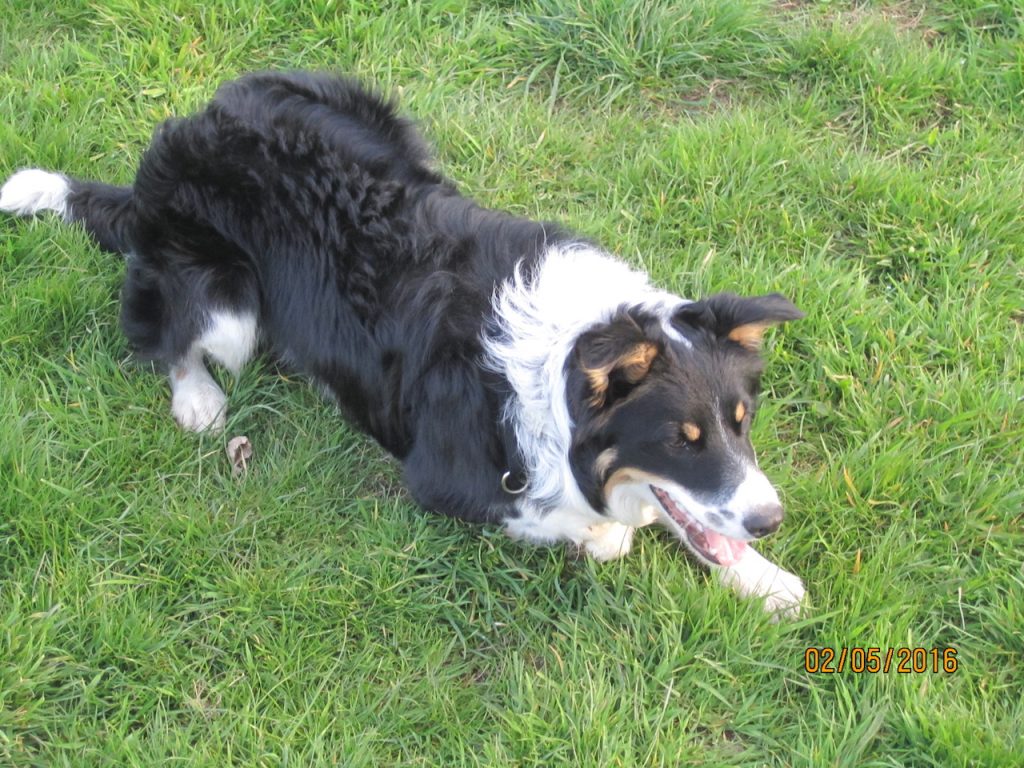 A Weekend in Wales 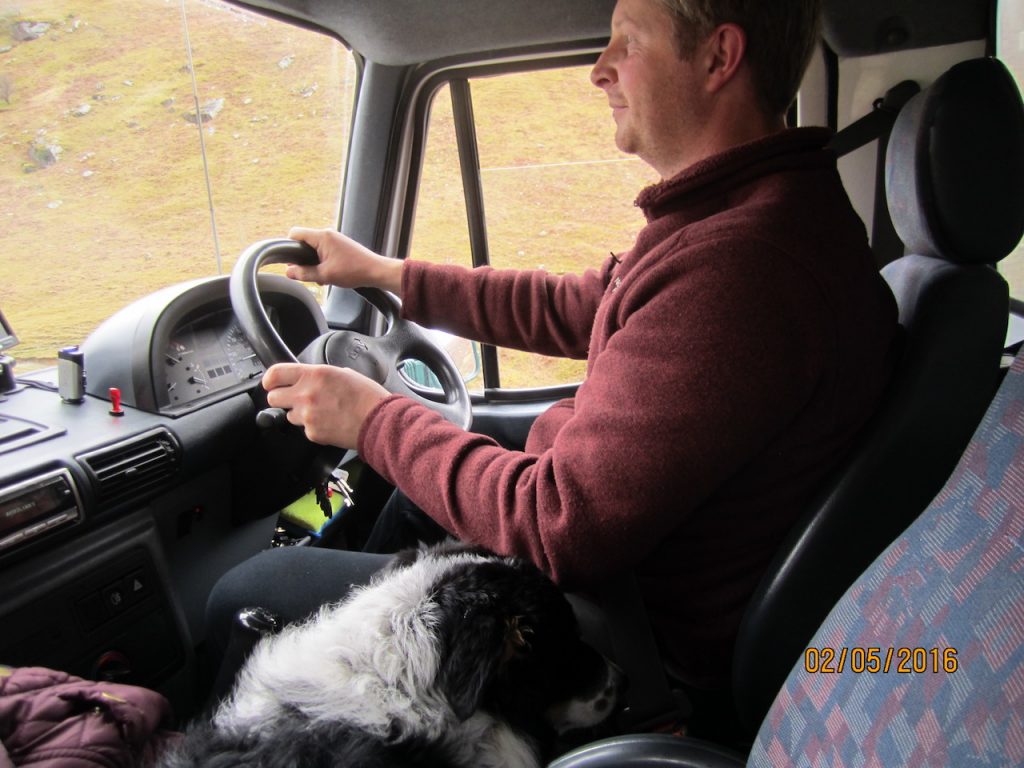 Off we set, picking up my daughter, Emily, on our way. Emily is six years old and missed me rather a lot whilst I was off around Europe.

We headed straight to Borth. I know of a nice little beach park-up and after many of the traditional “are we there yet” we arrived just in time to hit the beach. 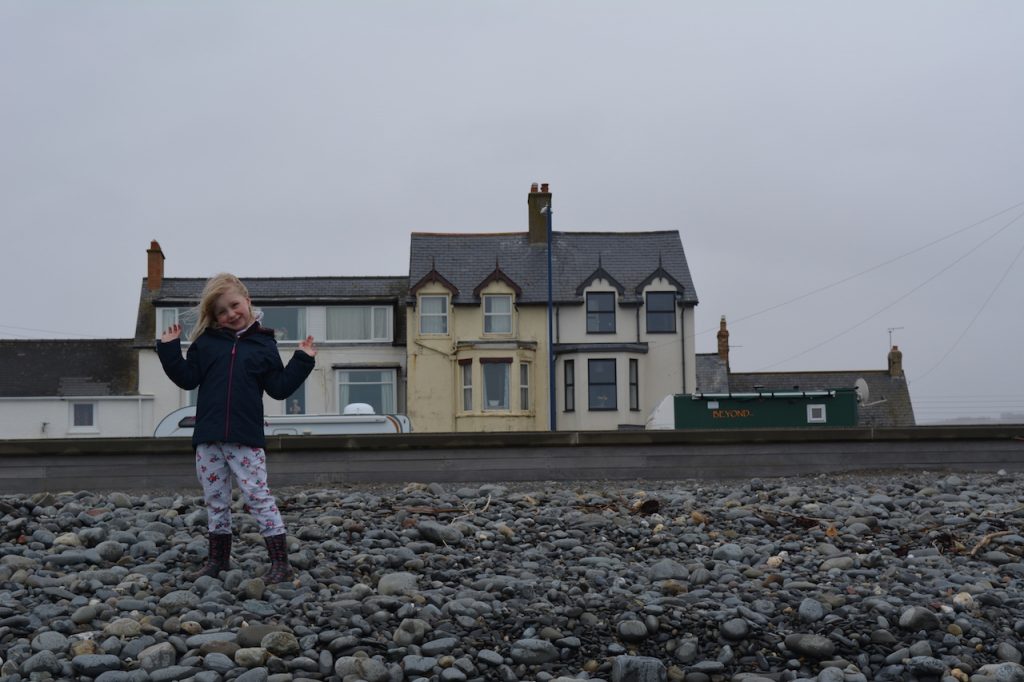 Ted was introduced to the beach and he really thought he was in Paradise. I don’t know if he’d been before, but he just didn’t know what to do first! 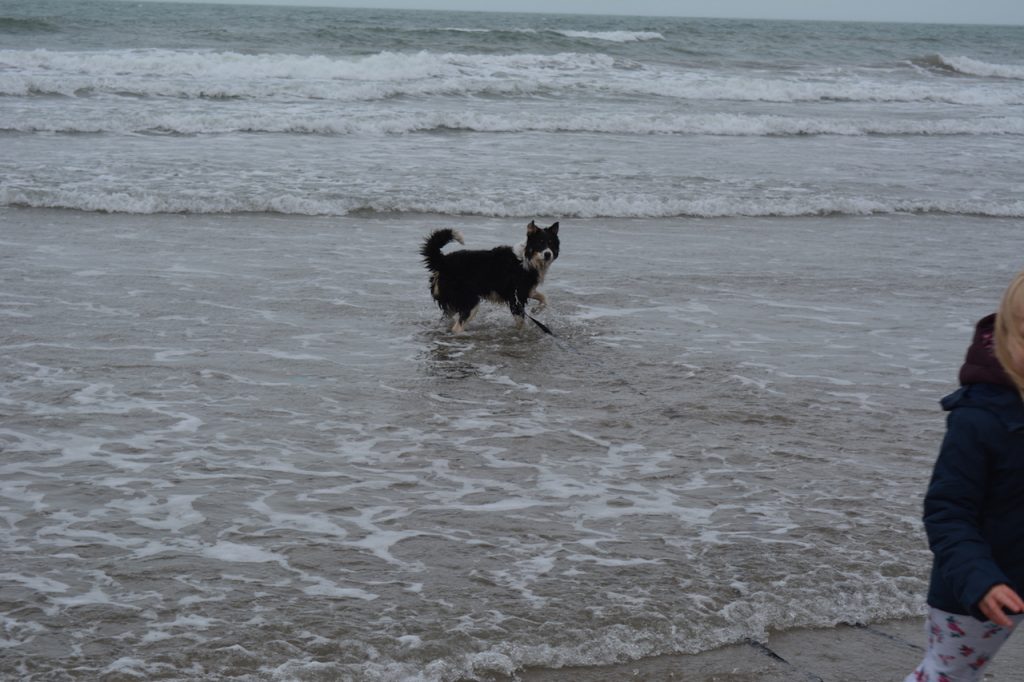 He loved the sea! 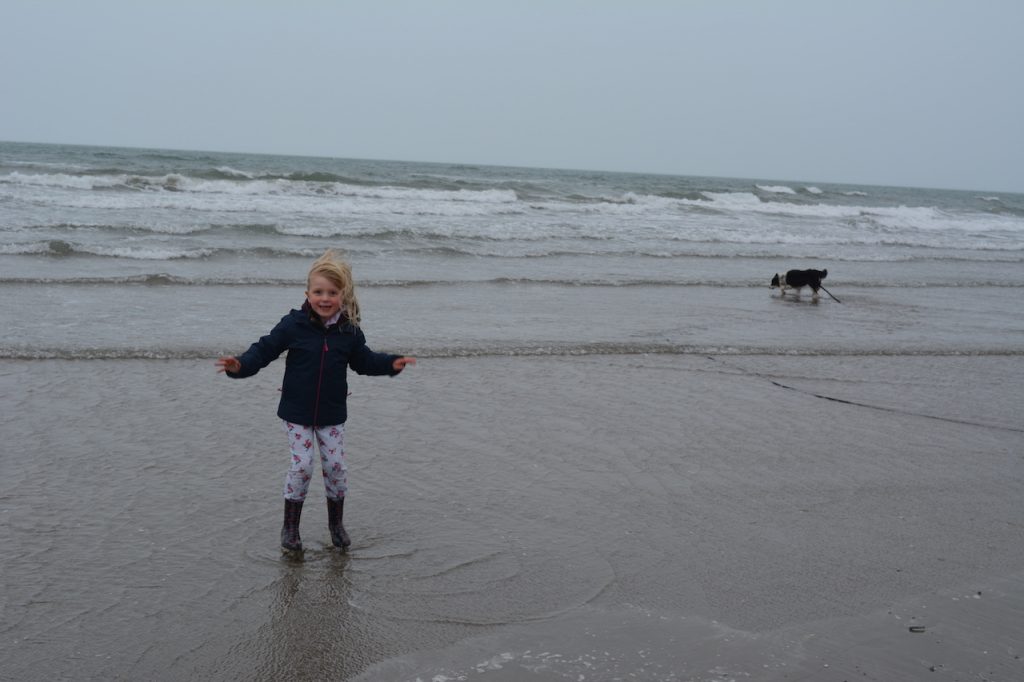 And so did his big sister! 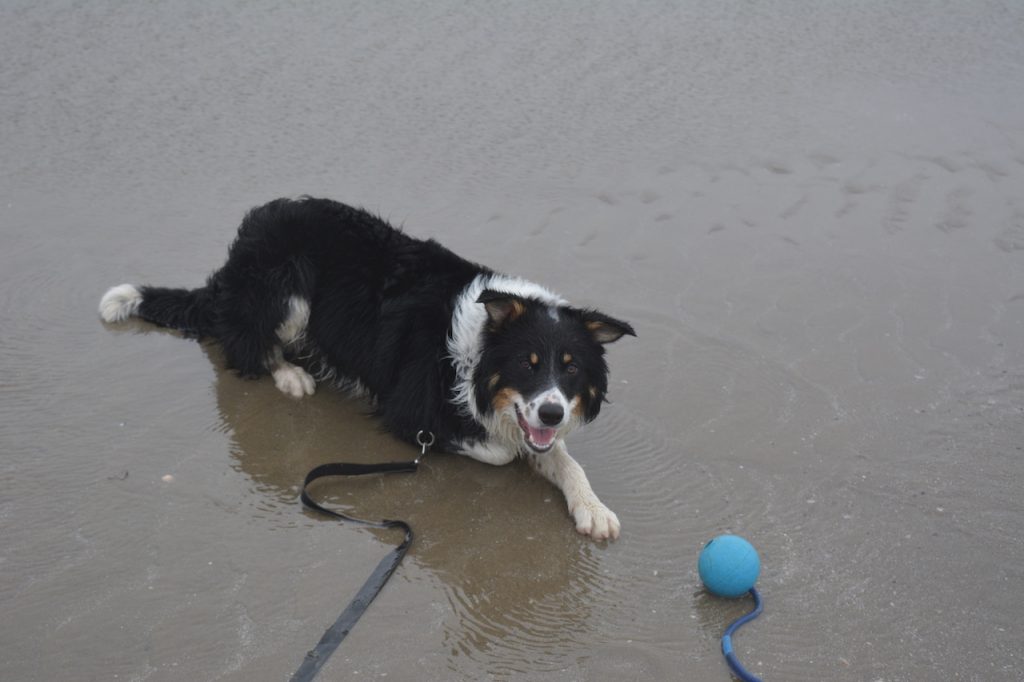 Oh joy, the smell of soggy dog for the evening!!

His 50ft training lead was trailing behind him just in case he went too far into the sea. Emily managed not to get tangled up in it for most of the beach session, but towards the end she did fly off behind him into a pool deeper than her wellies. 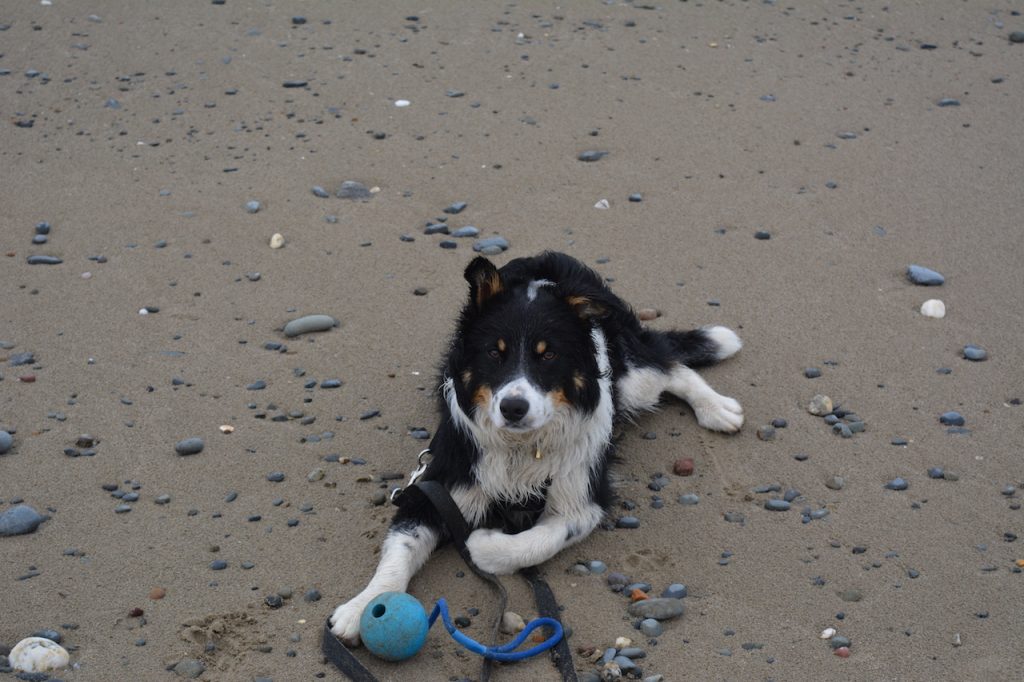 Give Ted a beach and his favourite ball and he couldn’t ask for more!

We had a pleasant night parked up beside the beach and after a good beach visit the following morning, we decided to move in land. 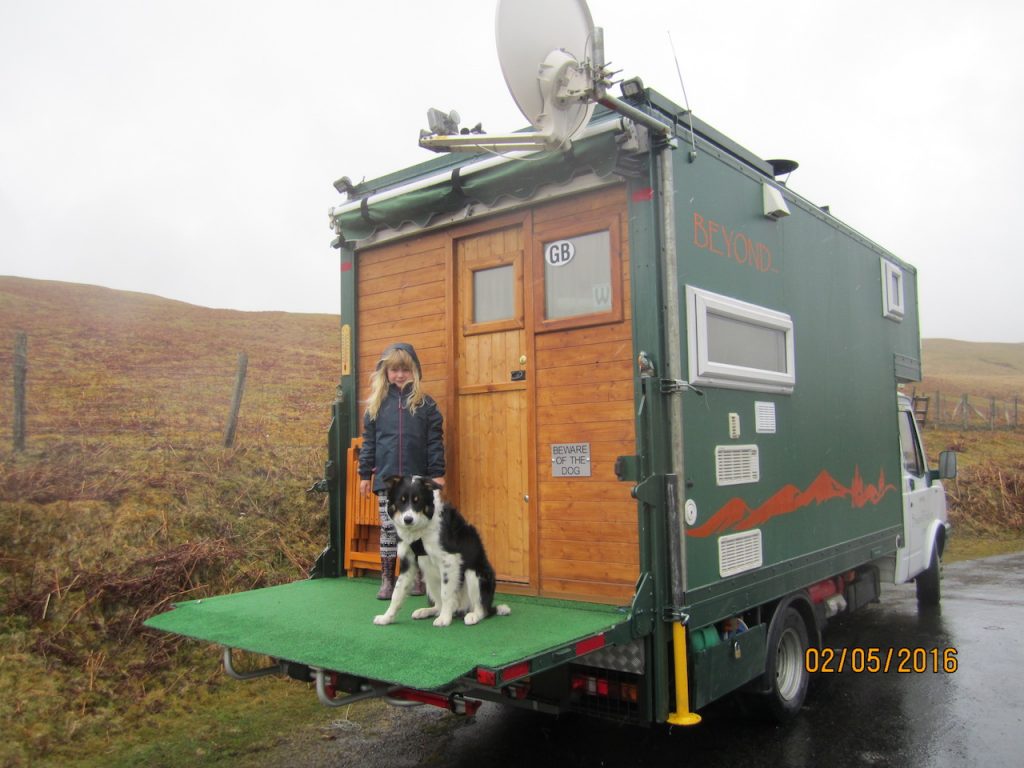 You guessed it though… It was pouring! 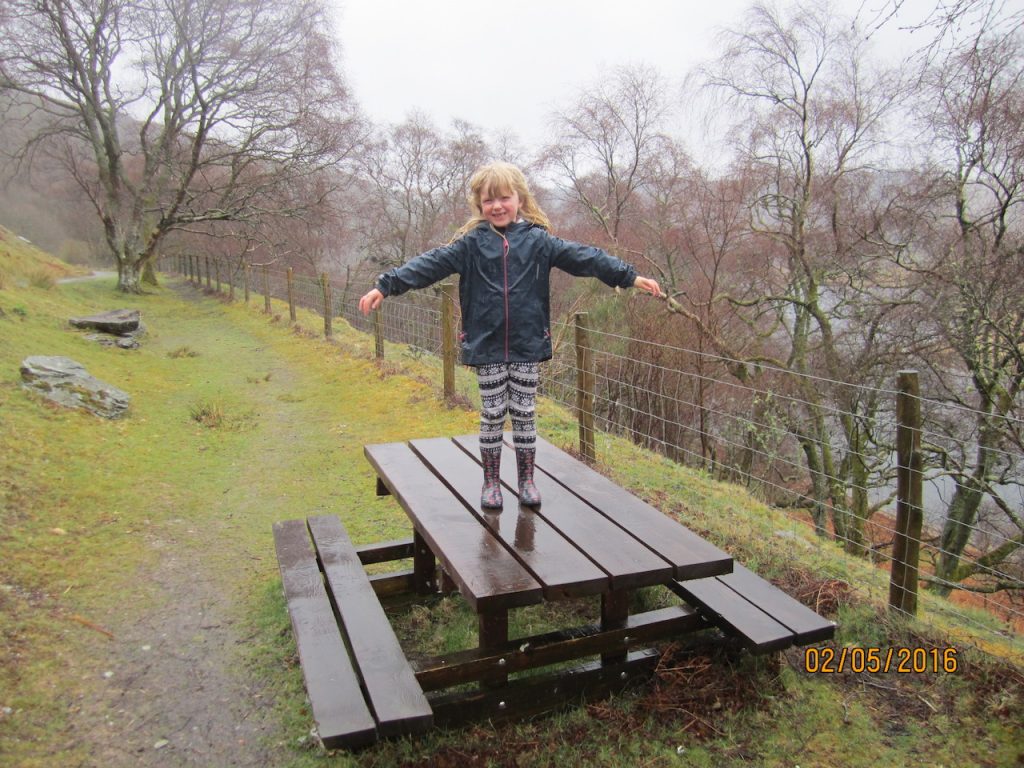 But a bit (lot!) of rain didn’t put us off! We went on some great walks.

And got rather damp. 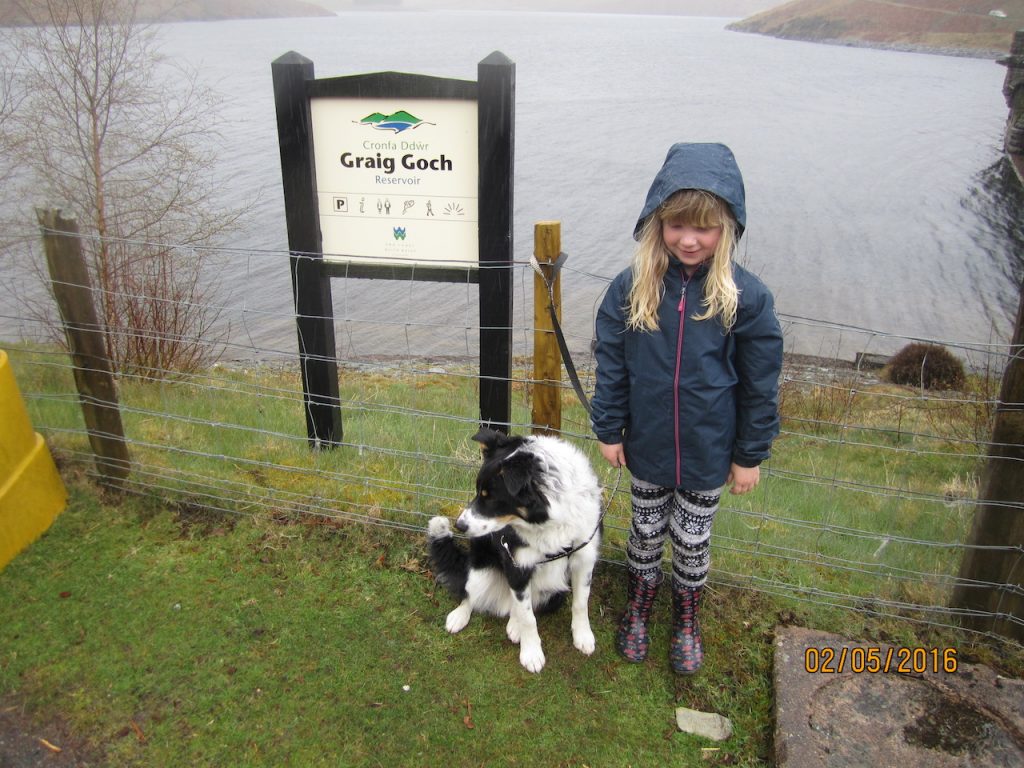 Wales is still stunning, even in the pouring rain. Ted didn’t mind at all.

We parked up in the same spot that we spent New Years Eve. 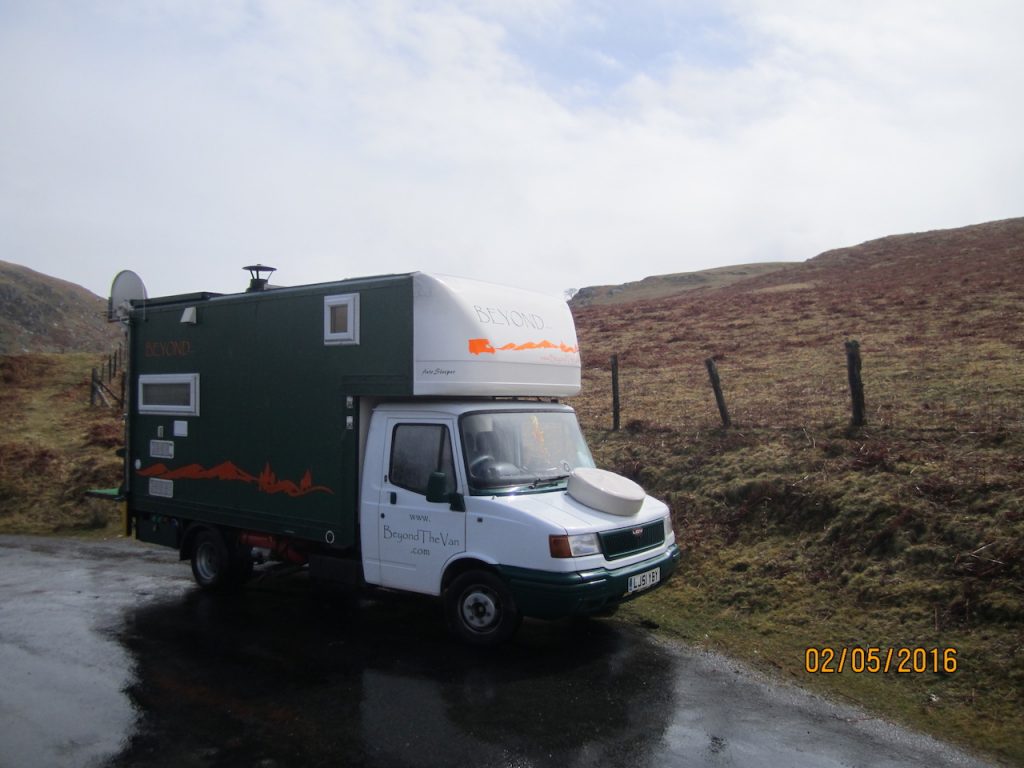 I’d love to say we had a peaceful night sleep, but at midnight a foreign couple parked behind us in a Smart Car. Ted made them aware of his presence with his “I’m a massive Wolf” pitch of bark. At this point I thought I’d better get out of bed and check it out.

I got dressed quickly in the pitch dark while Ted was warning them he’s not to be messed with! Sadly, his ferocious bark turned into a whimper when I stepped on his tail in the dark.

I greeted them by turning on all our external flood lights. They were lost. I had no idea where they were trying to get to, but they walked off into the middle of nowhere for an hour, then came back and drove off.

After that, the night was quiet. 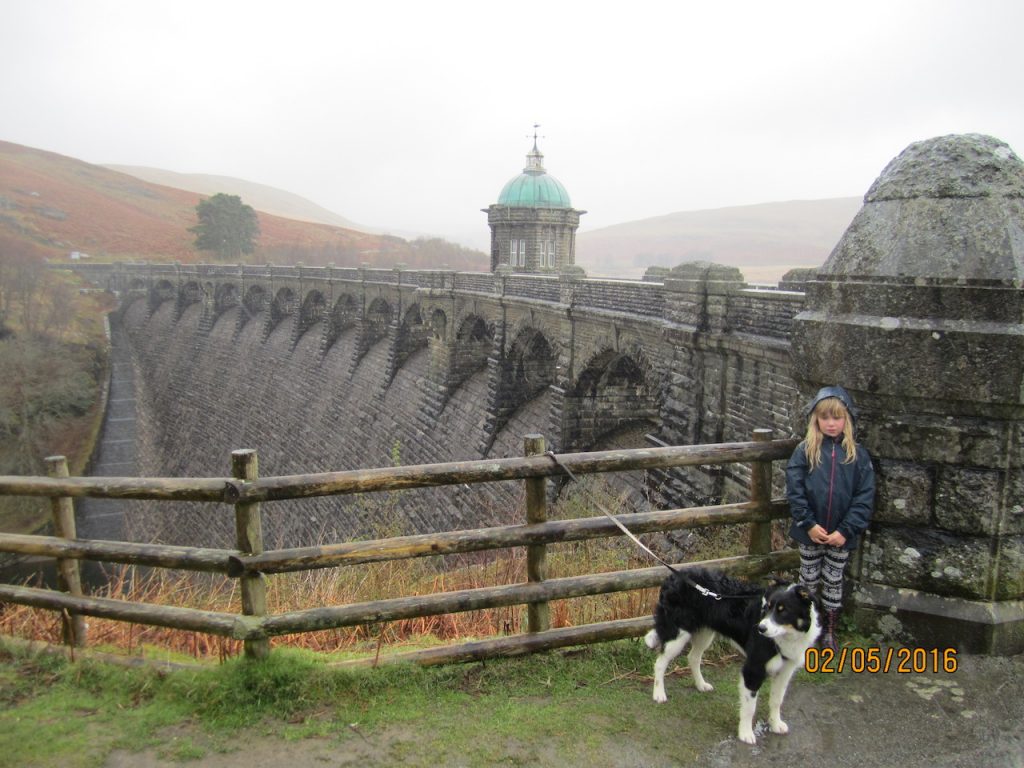 Before we set off home, we went off on more walks and admired how stunning Elan Valley is. 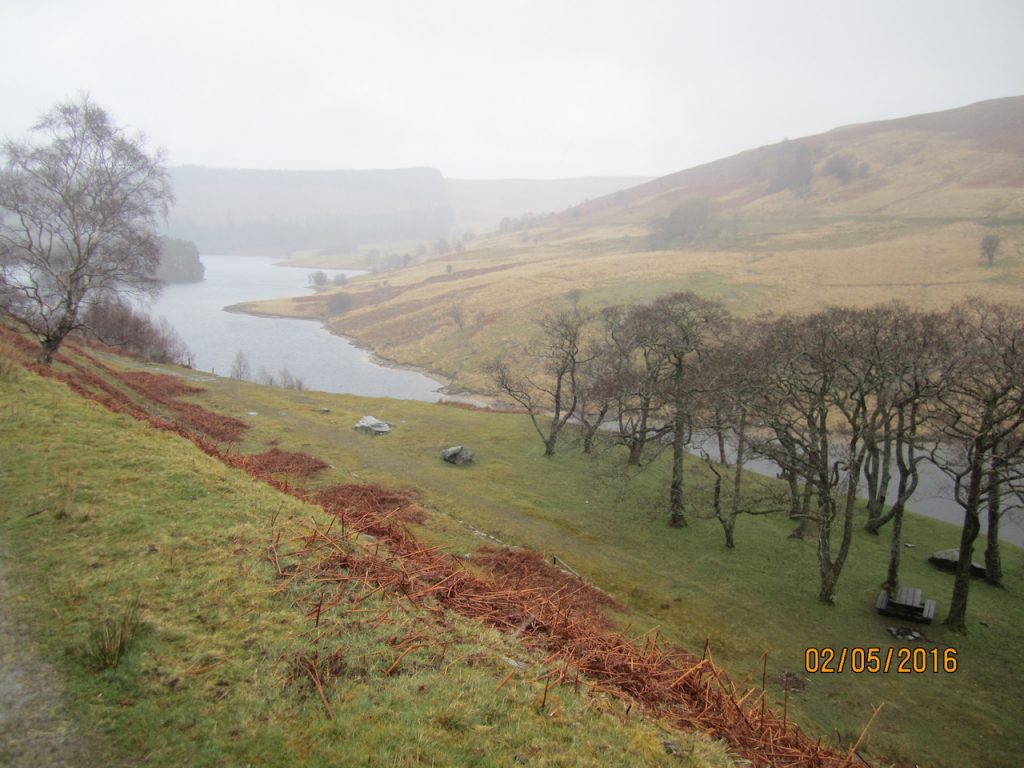 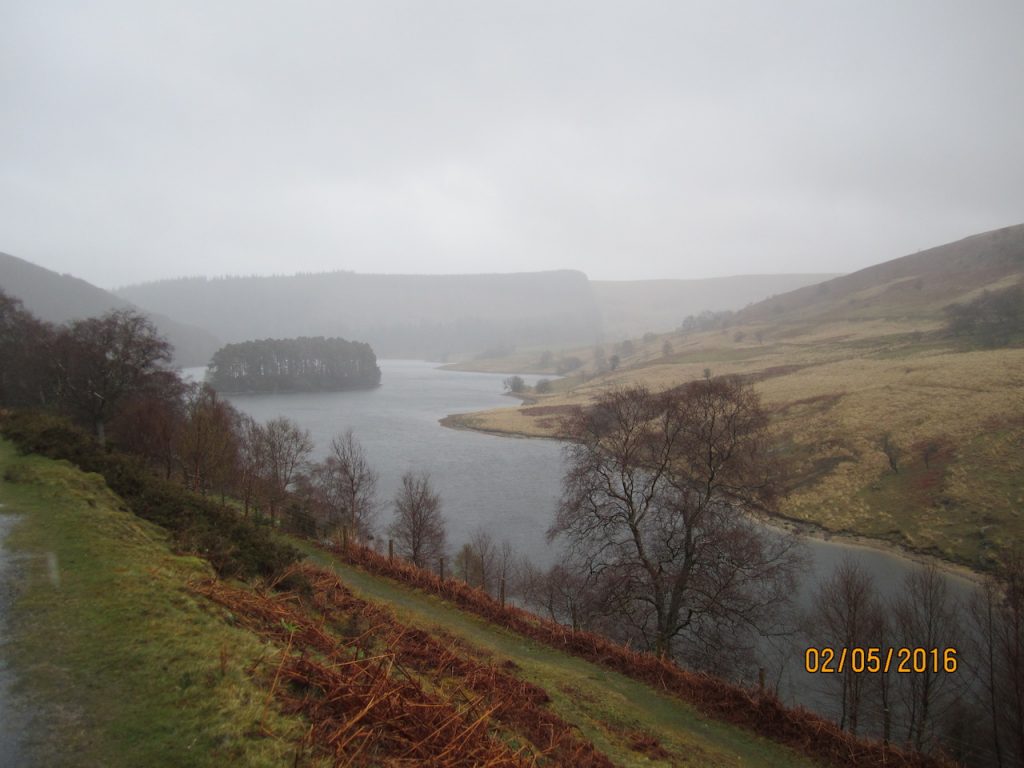 Just add 20 degrees and some sun – you’d not know you were in the UK!

Oh wait a moment, yes you would. The water is all fenced off and you can’t get anywhere near much of it. 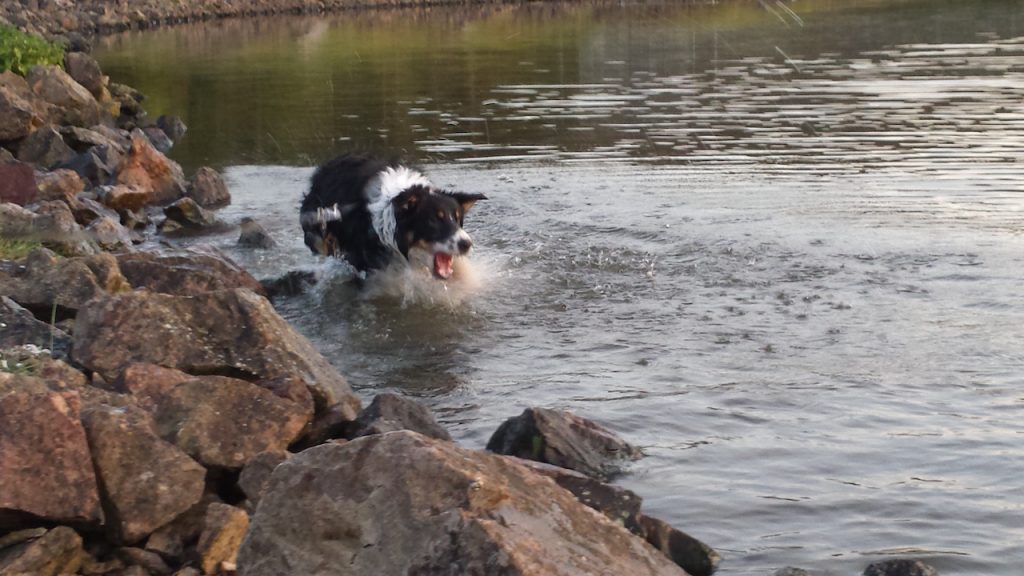 Ted LOVES the water. It’s his favourite game – even better than his ball. 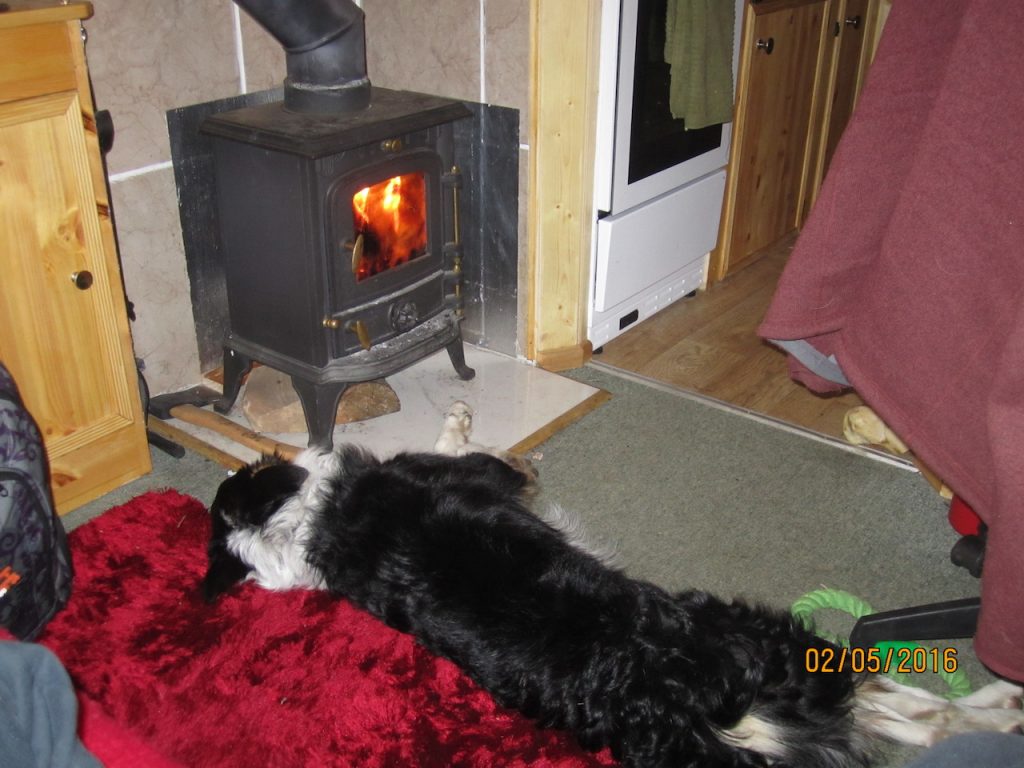 Nothing like having a small dog in a van who takes up next to no space. Apparently. 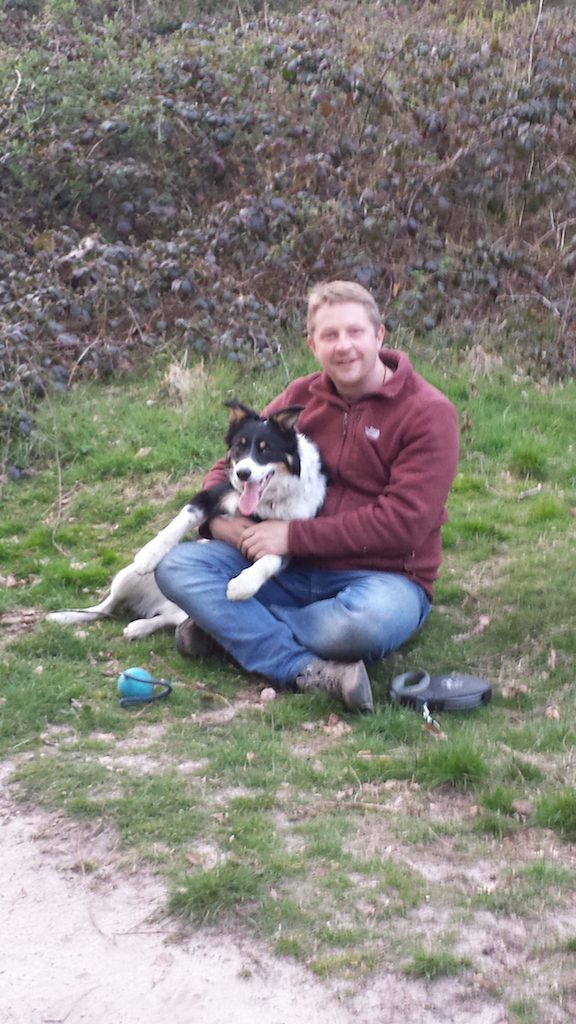 A short break away, totalling 250 miles there and back. Emily had a lovely time, Ted had a whale of a time! On the second day away, I found my camera charger, hence all the blog photos were taken that day.

Back on home turf just in time to take Ted for another walk! And find him some more water to play in!

I’m doing some work on the van, ready for the next trip to Europe. Firstly, I’m adding two large windows to the lounge area. More light and more air flow. And more weight… oops.

I will be completely stripping the cab interior and sound proofing it. Not a two minute job, but one I feel will make the long drives much more pleasant.

If I can fault the van on one thing, it would be the driver’s seat comfort for long journeys. Or lack of, after a few hours. My theory is a Renault Kangoo front seat would be good… So an upgrade is imminent!

Next trip away for Ted and I in a couple of weeks.

20 Comments on “May Day Bank Holiday”