In Portugal and writing a book…

Quite possibly one of the most beautiful countries I’ve been to, Ted and I arrived back in Portugal. He went for a beach swim to ease himself back into the Portuguese way of life. 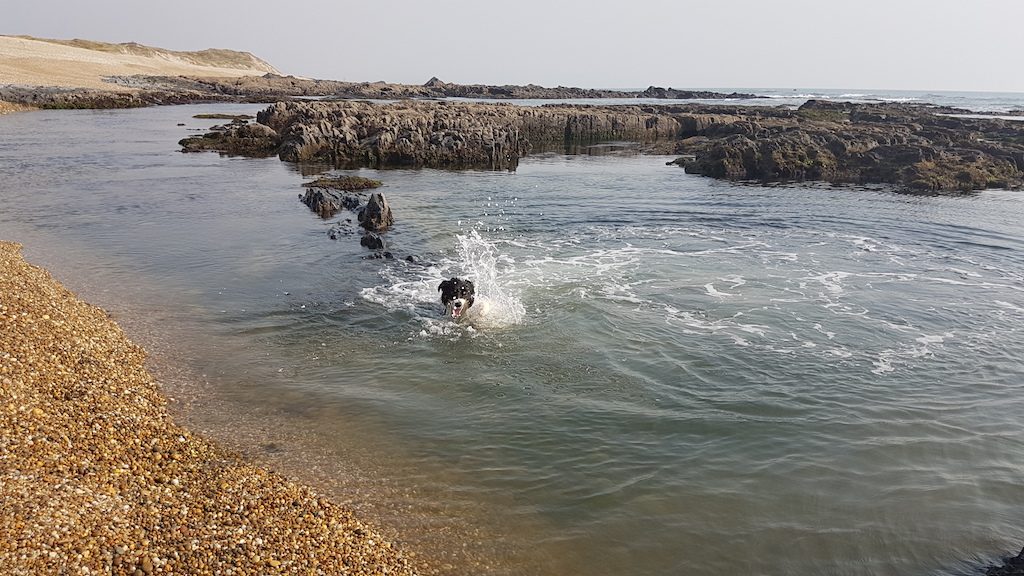 We arrived just in time for Summer Solstice and watched a beautiful sunset. Well, I did anyway; Ted was off being busy somewhere in water! 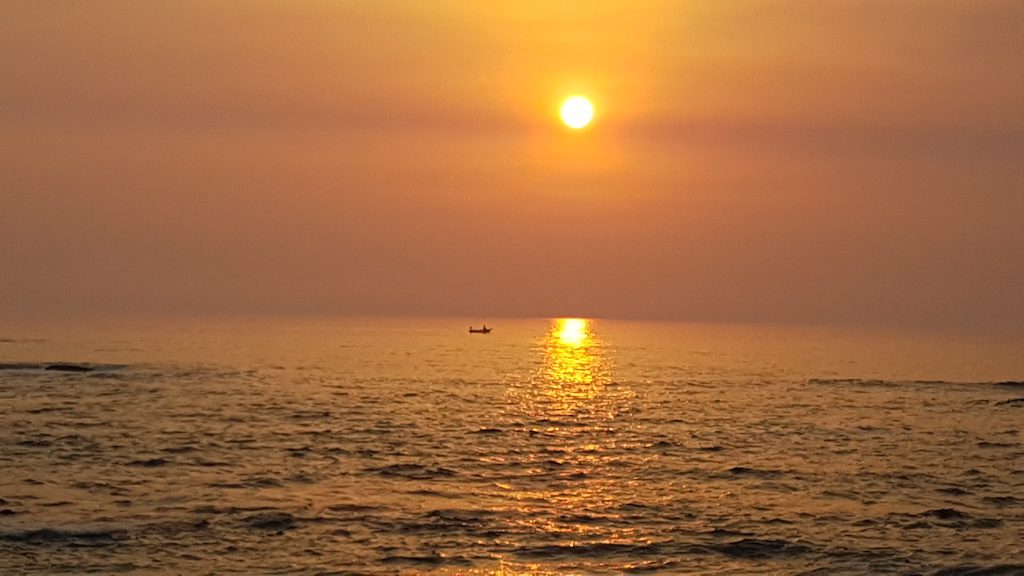 We had neighbours that evening, a Spanish couple in their VW T4. 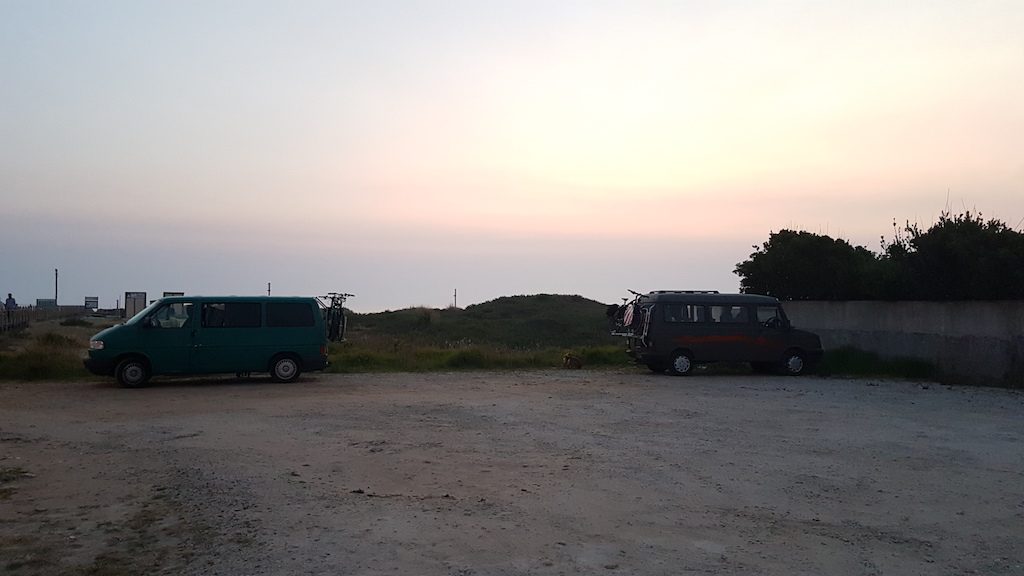 One huge advantage the Pilot has over the Luton is being able to park under sun shades. This is a huge bonus when I go shopping, it means Ted stays pretty cool. It’s so handy that most supermarkets have these in their car parks. 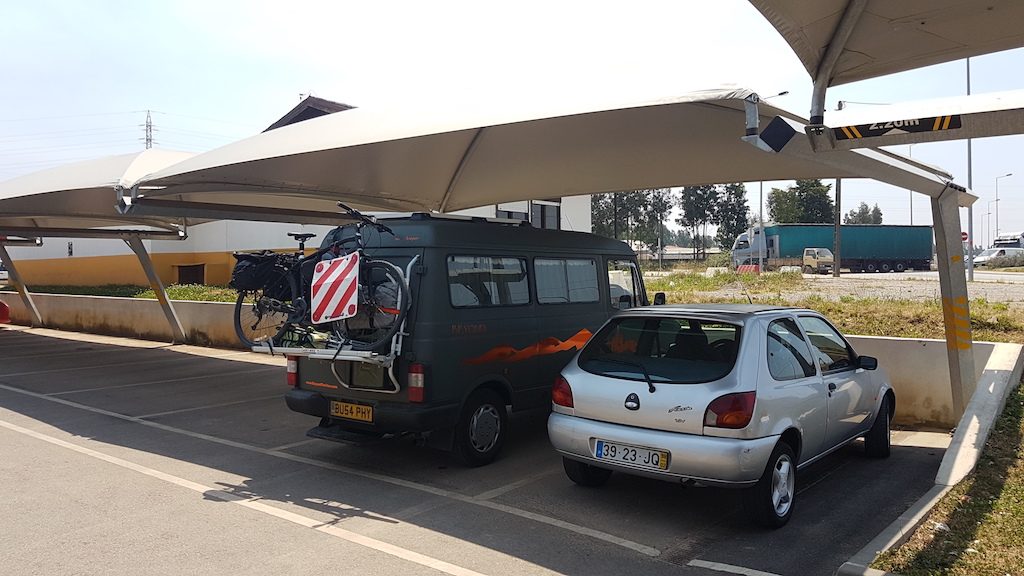 On our journey south, avoiding the devastating fires, we stopped off at Lidl. Spot of lunch and a shower in the car park, as you do. 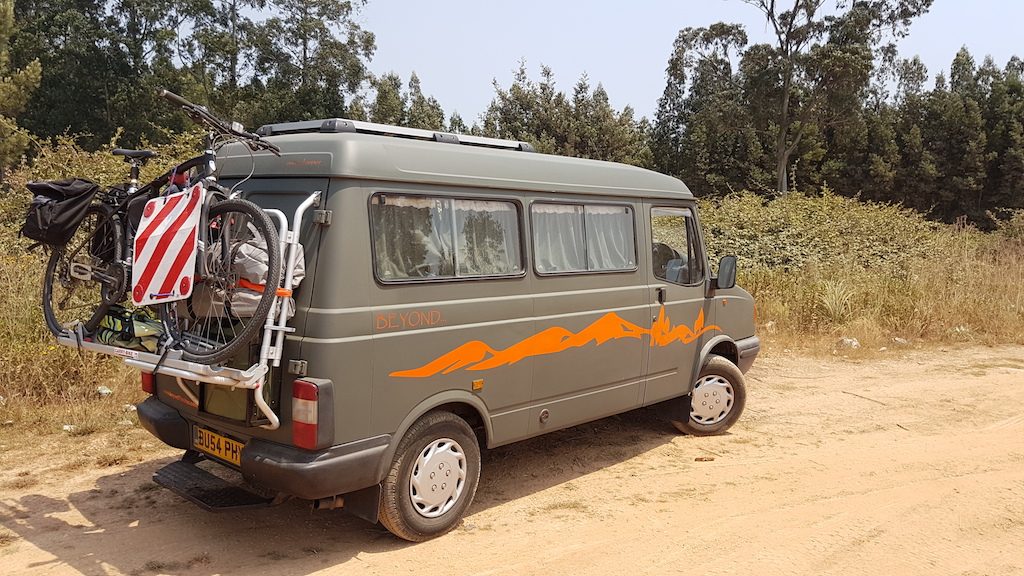 Rather than doing massive mileage each day, we stopped off at nice looking spots along the way. I like to let Ted have a dip wherever he can to cool down. We stopped off at a beach, just south of Porto.

As we left the beach, driving along the track with my window down, a prostitute called to me “good sex just fifteen euro” – I was quite flattered but also quite bewildered as to how she knew I was so good. Offering me only €15 was a bit tight though and at the moment, I’m not that desperate to make a quick buck. Not yet anyway.

Our next step… Decathlon. I am writing a book – more on this later. I fancied the idea of a table outside where I can sit in the sun with my laptop and write for a couple of hours a day. Having browsed the UK Decathlon website, copied the product code to the Portuguese website and checked the local stock, that’s where we headed. 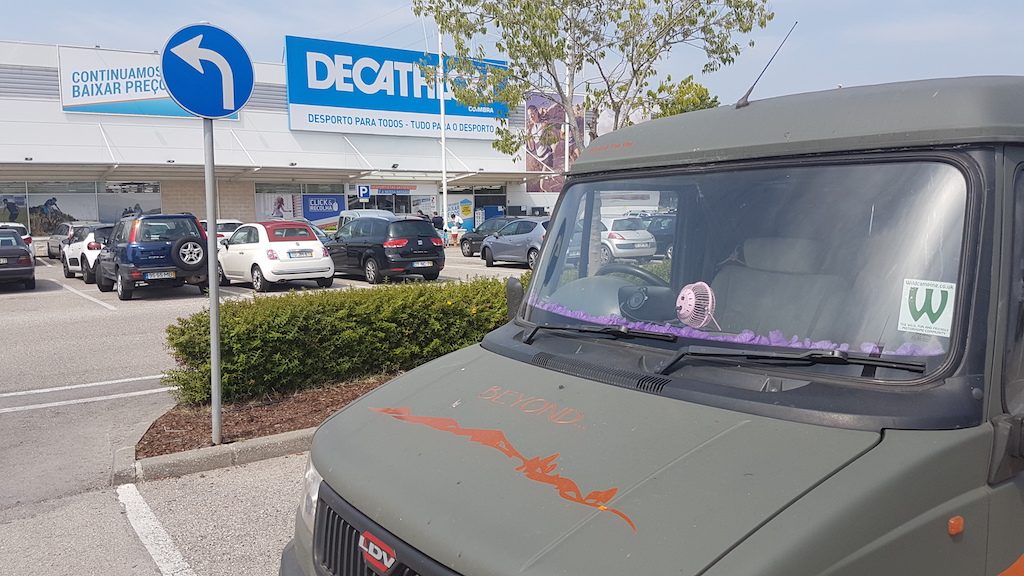 The fires in Portugal were severe. Thankfully I didn’t have to go near any, but just seeing the smoke from the other side of the hill was sad enough. 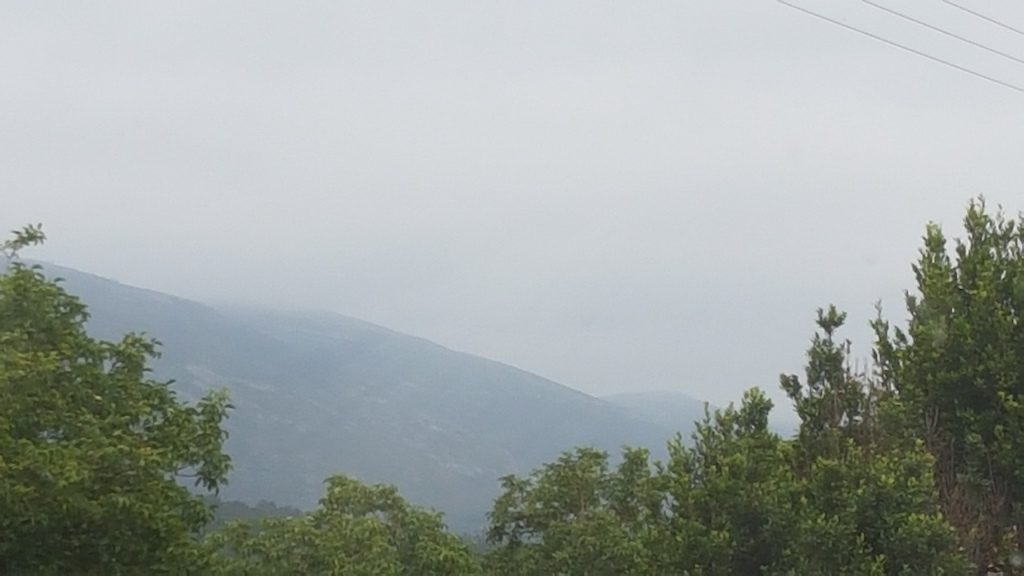 I have met some truly awesome people in Portugal in such a short time. I’ll talk about them more later, but a really nice guy, Noah, showed me these photos which he took of a fire. Thankfully, in this particular fire, nobody was hurt. 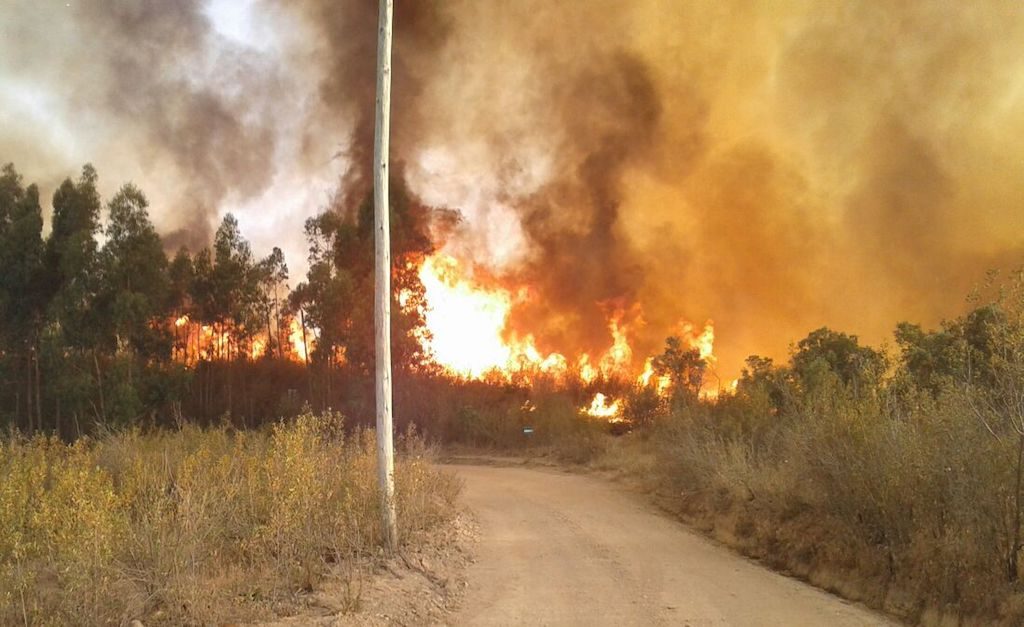 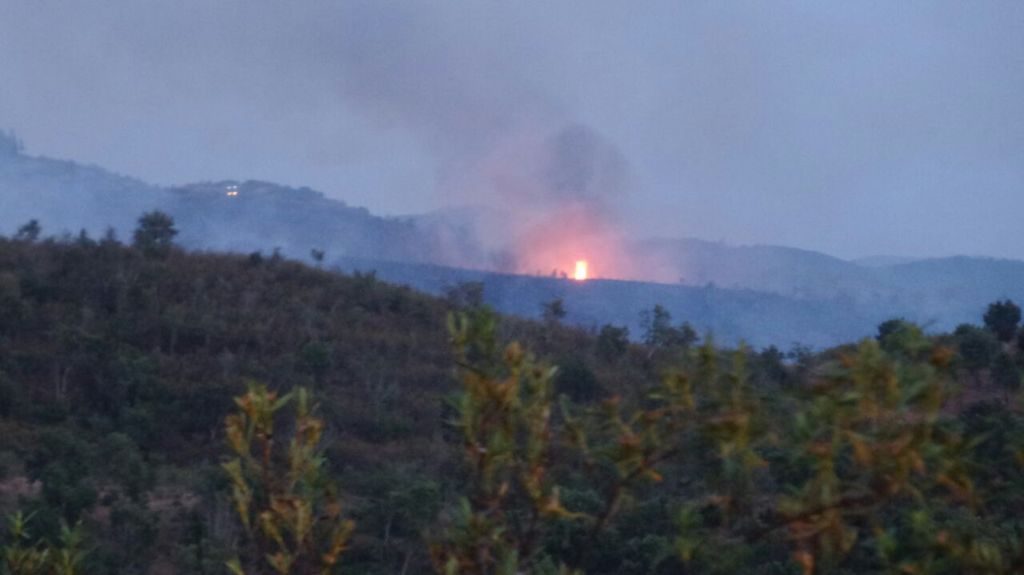 I wanted to visit Lisbon. I am not a city person, I don’t like city environments or the city way of life. For me, Lisbon was too full of people and although I’m told there are some beautiful areas of the city, it just wasn’t for me. If you like cities though, I think you would like Lisbon. 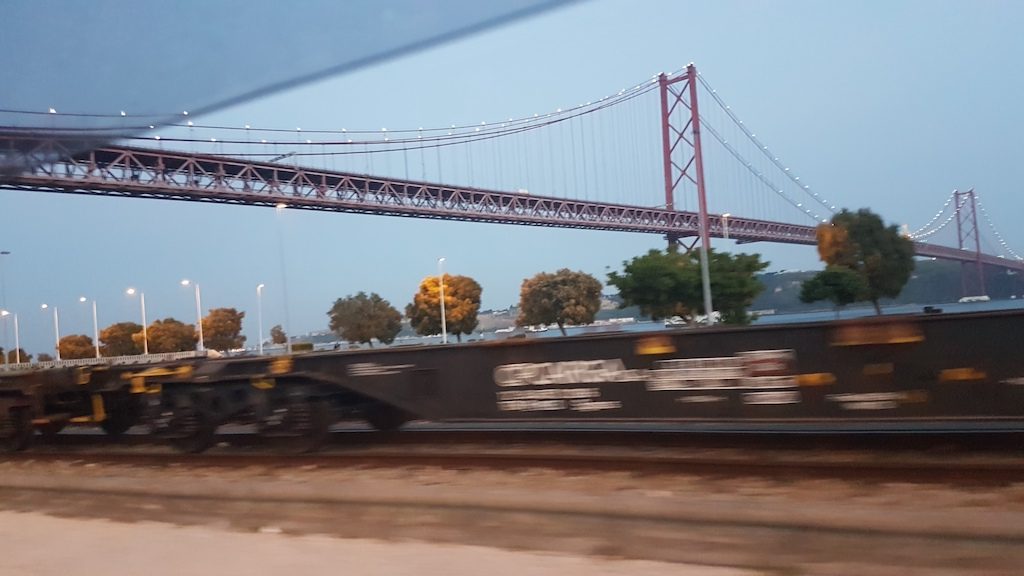 It took 25 minutes of driving at 60MPH over a massive bridge to get out of Lisbon! 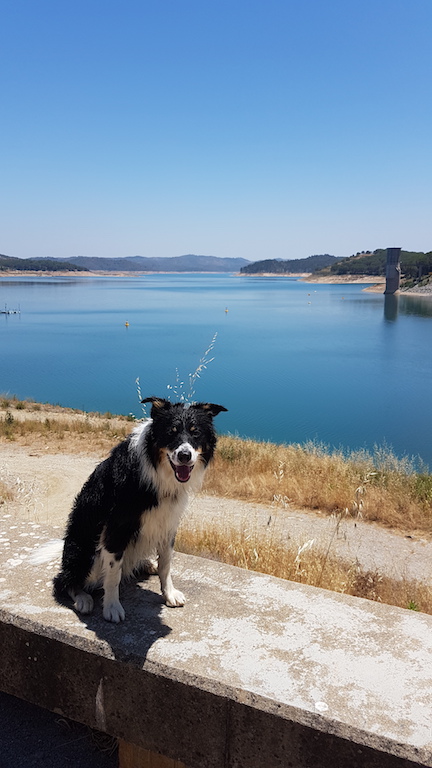 We arrived at Barragem de Santa Clara, a favourite place of mine. Here I had planned to spend quite some time to do some writing. When we arrived, we were shocked to see it’s all changed and gone very commercial. The van community is all gone from the Barragem. It’s now all allocated parking for various boat tours and swimming areas. 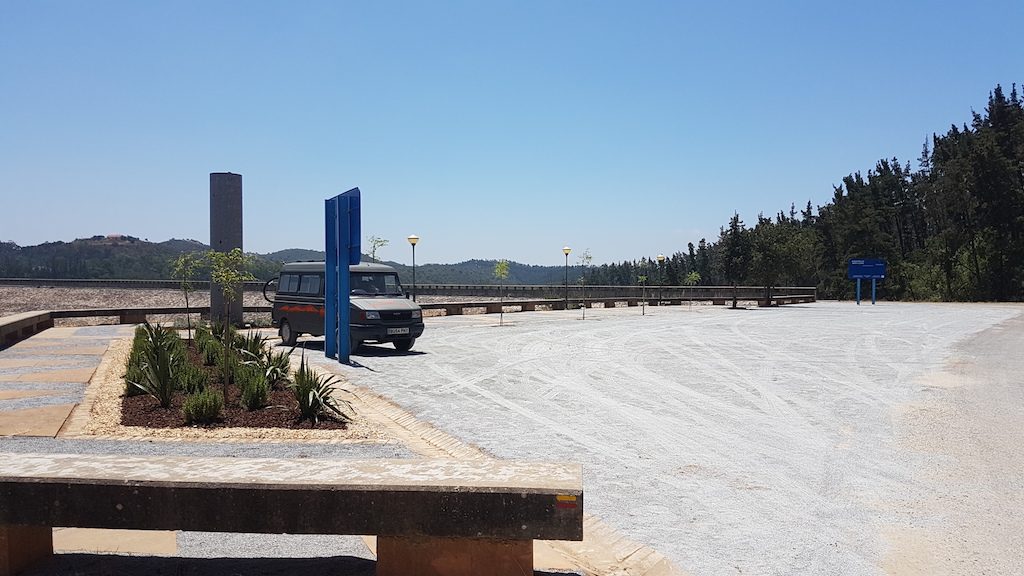 The sun was belting down on us at nearly 40C so we hid under a tree to work out the next destination. 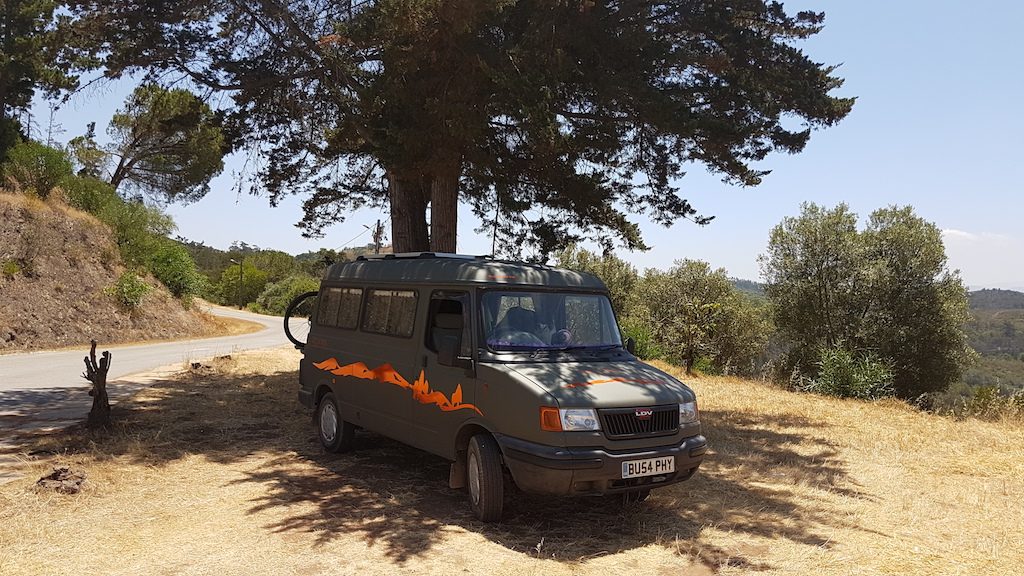 I wanted to be by fresh water, in the sunshine and have a reasonable phone signal to Blog. It didn’t take us long to find a perfect spot. 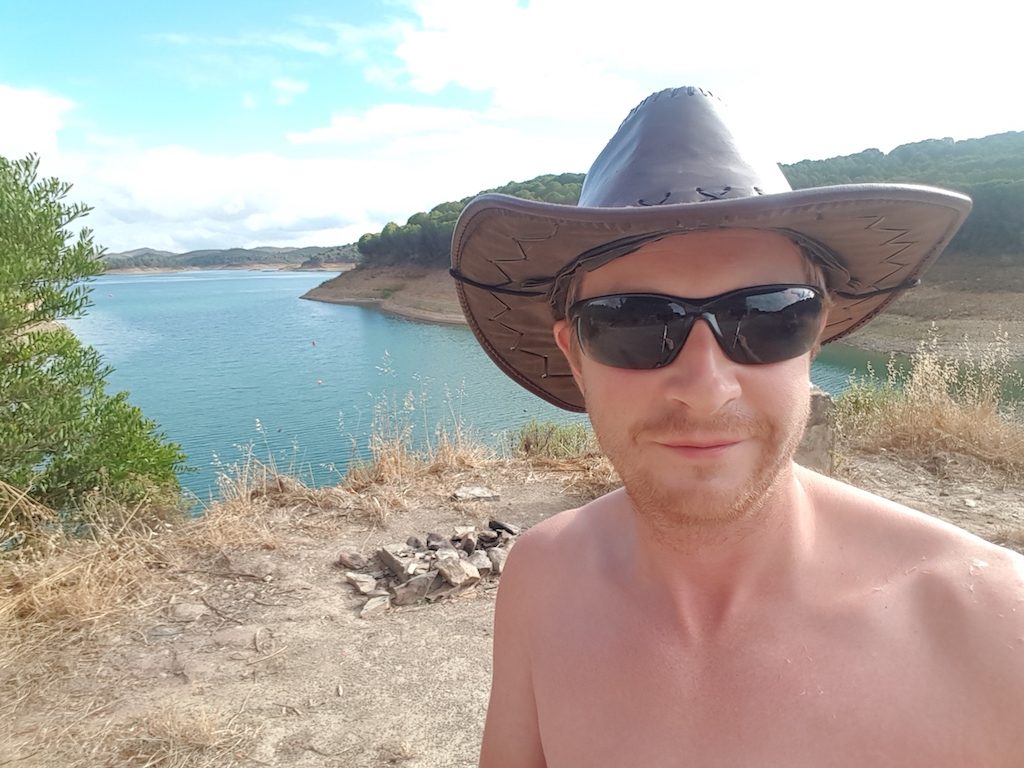 I mentioned earlier that I am writing a book. This book is about a fairly recent few years of my life where I suffered from the debilitating condition of Electro-hypersensitivity (EHS), what I went through, how it totally changed my life (eventually for the better) as well as how I completely recovered to the point where it cannot reoccur. Not only is this my story, but a partner’s perspective of living, coping and supporting someone with EHS. Watch this space for updates. 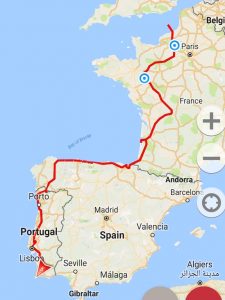 Since being in Portugal, I have met some fantastic people. For me, this is what travel is all about: a personal journey within. In my next blog, I will talk more on this subject and some of the ways in which you can create the life you desire. Living dreams and making memories…

4 comments on “In Portugal and writing a book…”