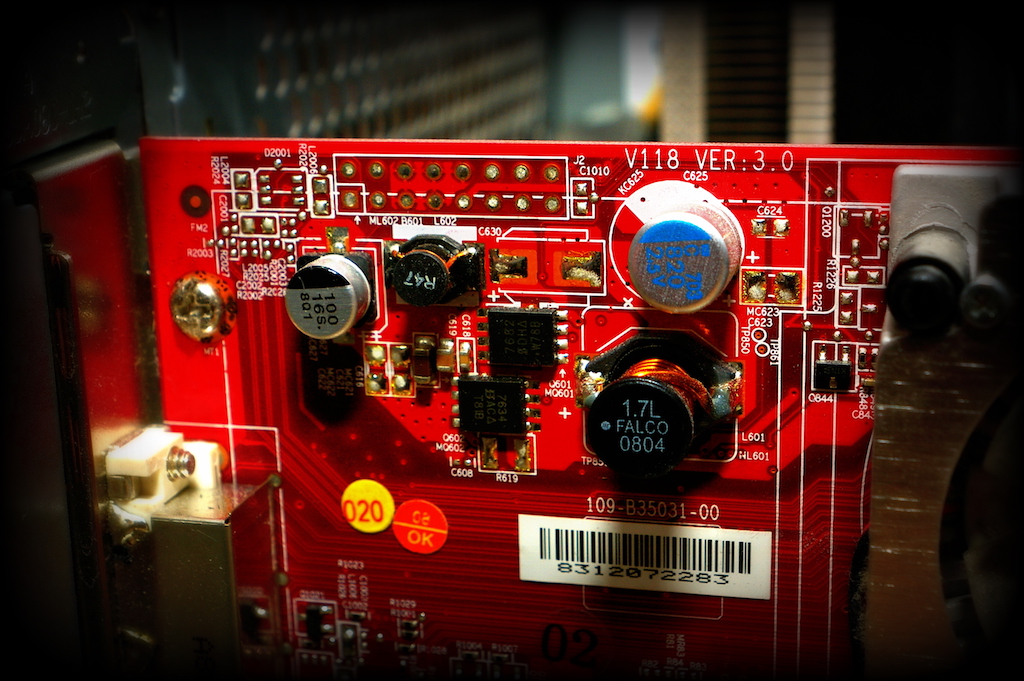 A guide to how we utilise technology in the van.

I’ve been asked on many occasions one question which deserves a blog post all to itself:

“What technology do you have in that van?”

Firstly, let me explain my background. I have had my own technology repair business for 20 years. I am an Apple Certified Macintosh Technician. I do have a comprehensive understanding when it comes to electronics, computers, networking, wireless, mobile devices, etc.

I was Mr. Technology… 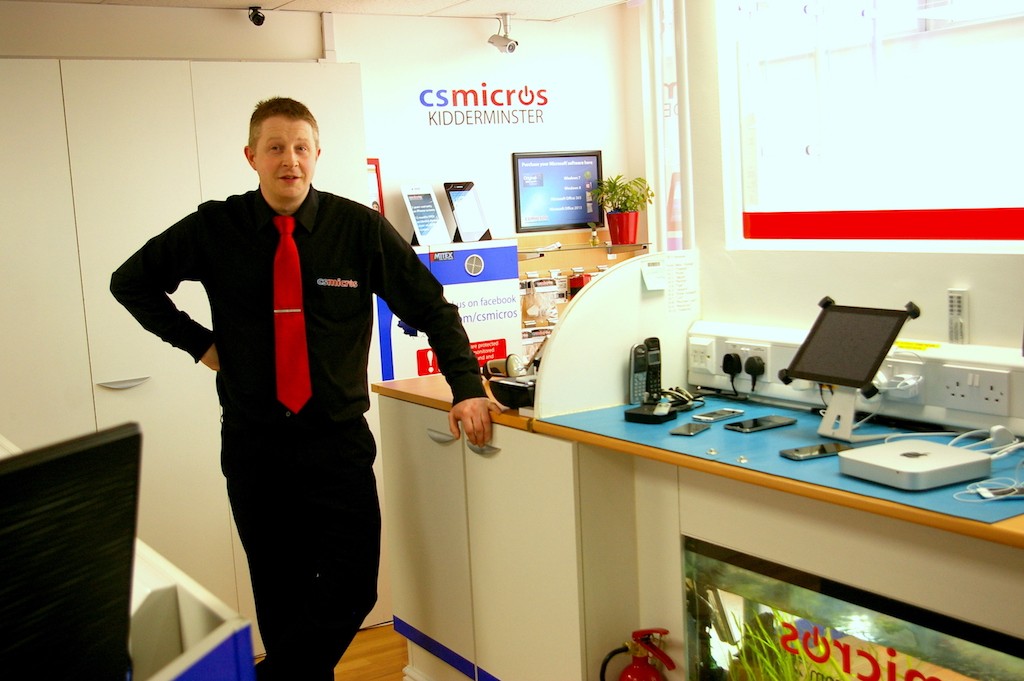 I had my own company for 20 years. But for health reasons, I decided to swap that for a much simpler life! 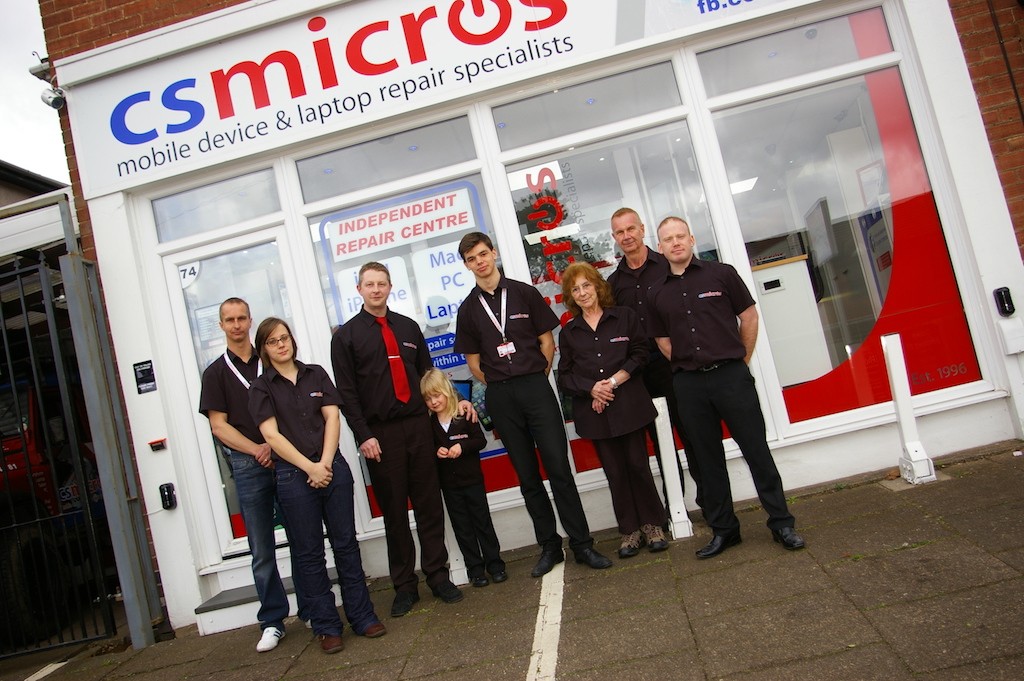 I sold my business and decided to be free! Goodbye rat race! 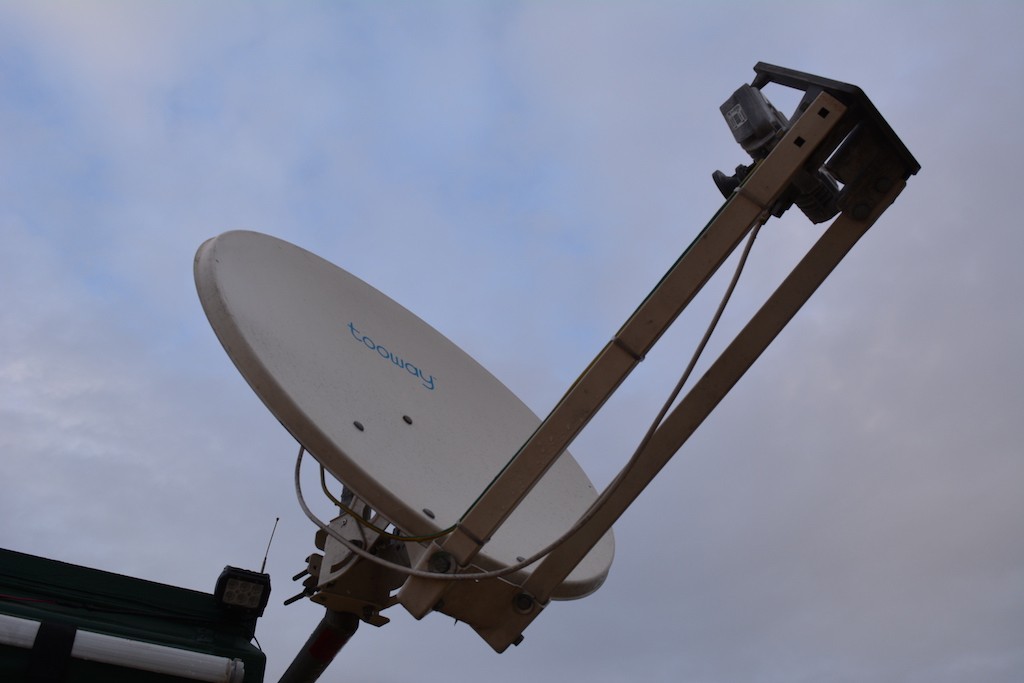 Bidirectional satellite provides the broadband. This is now the absolute centre of my technological universe. The service is provided by Europasat and it’s proved to be remarkably reliable.

Speeds of around 22Mbps down and 6Mbps are to be expected, and often are seen. 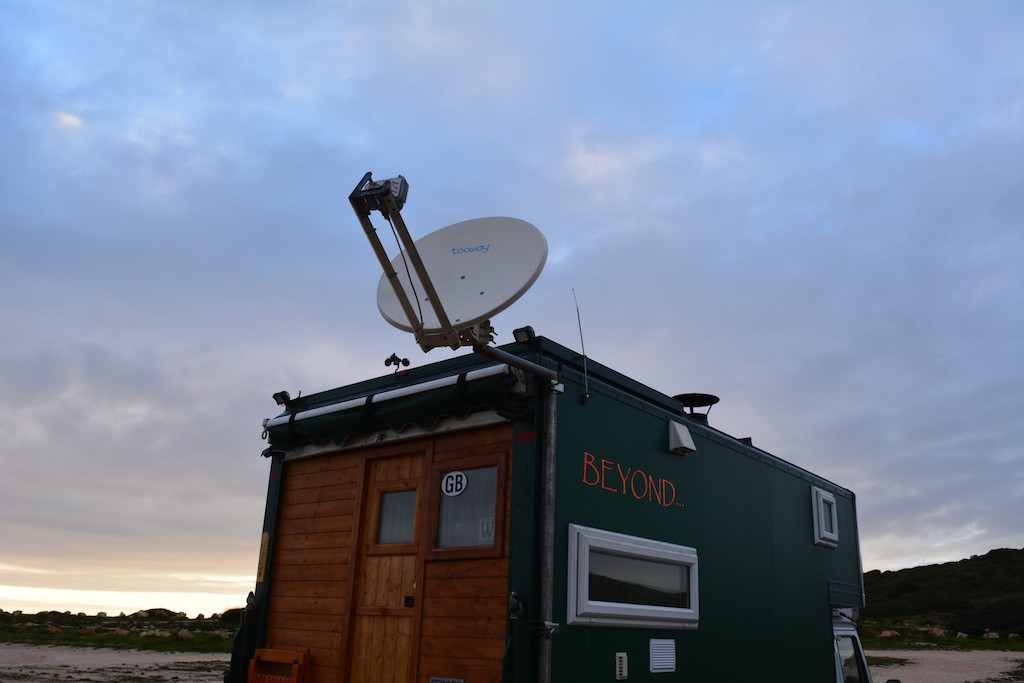 The dish itself is actually designed for a fixed installation, as in not for a house on wheels. It’s 80cm wide and heavy – 15Kg. Research has shown me that a smaller dish or dish made of mesh (like a sky tv dish) will not work. The satellite operates at between 20GHz and 30GHz. If you consider, misaligning the dish by 1cm on Earth, you’ll miss the satellite in orbit by miles, literally. That’s how directional the signal is.

The dish is adjusted manually (with a 13mm spanner) each time we park up and is mounted on a steel pole, welded to the side of the van. The mounting pole must be 100% vertical for the dish to work – observing the spirit level mounted on the van’s dash, I can ensure we park level.

The dish points approximately South to South East, therefore I always park with the front of the van facing North – ish.

The satellite is connected by a cable to the modem which is in the cab, behind the passenger seat. Note: the battery bank, networking hardware, solar controllers, voltage adjusters, etc. are all also in the cab. This keeps them out of our living area. 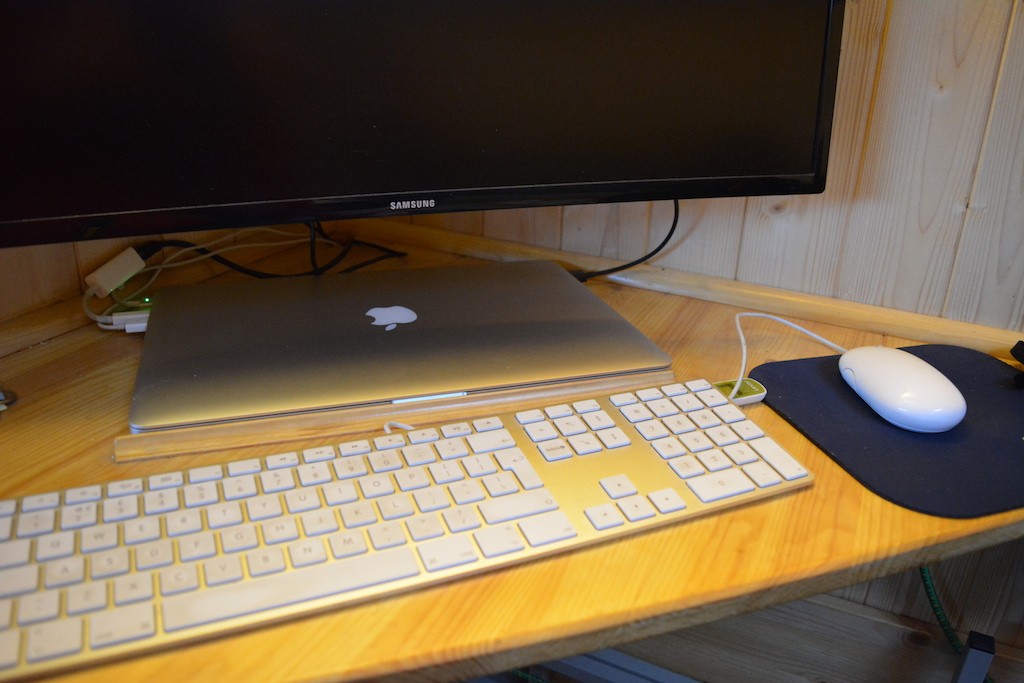 I was PC/Windows based for 18+ years and moved to Apple Mac around a year ago. Mac suits me better because in my opinion it’s more reliable. I much prefer Mac for video editing too. 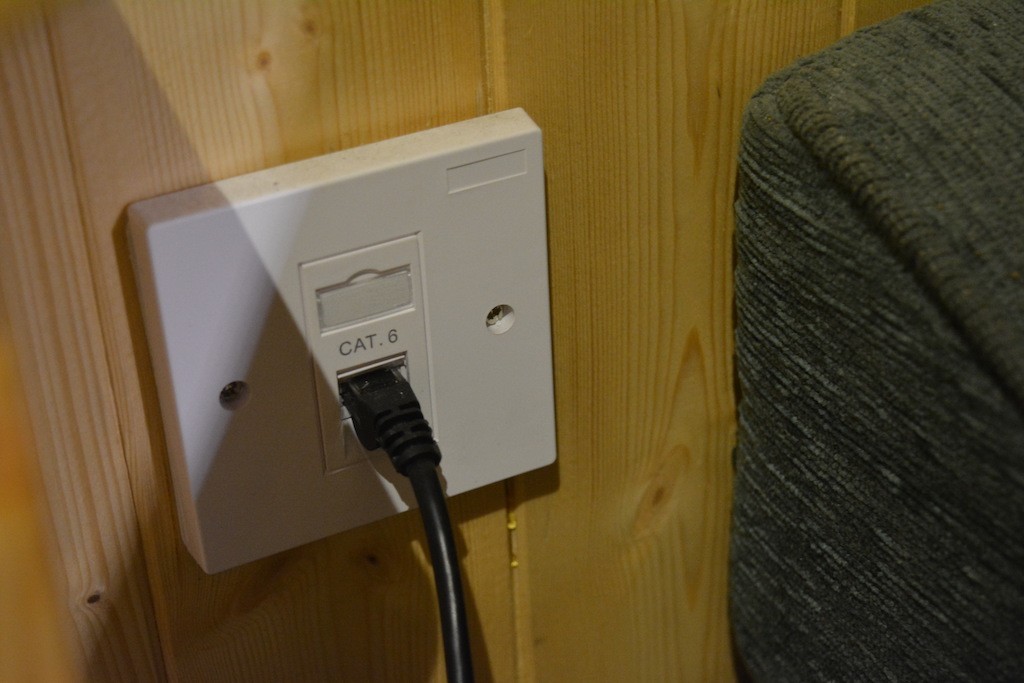 The van has an Ethernet connection at each side of the sofa. Wired is far more reliable than wireless. 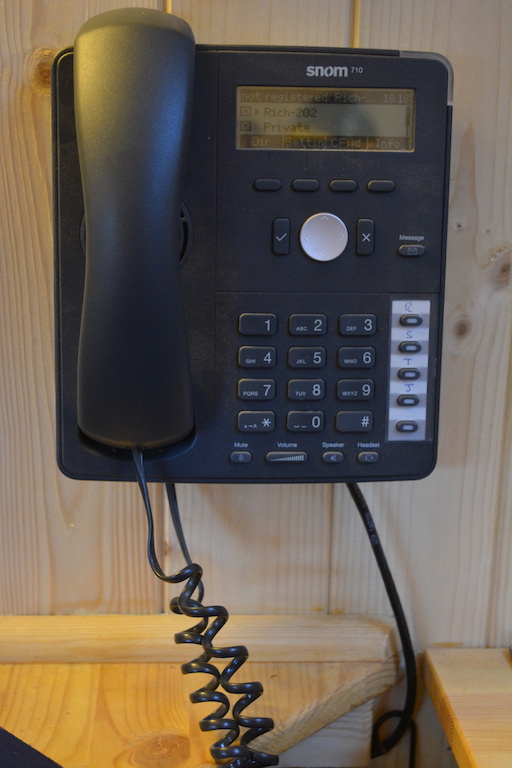 We have a corded landline telephone in the van.

This works via the satellite broadband using a VOIP (Voice Over IP) service. It’s simply a telephone that connects to a network socket (and ultimately to the network switch & broadband modem) and I have an account with a VOIP provider. This means we have a UK geographic phone number which reaches us anywhere in Europe. We use Voipfone as our provider, along with a SNOM 710 telephone which I also bought from Voipfone, pre-configured to our account.

Huge bonus of this system is call costs are the same from anywhere in the world, as they would be if we were in the UK. Calls to home are free – wherever we are!

We have no issues with lag/delays on the phone when it’s used via satellite. 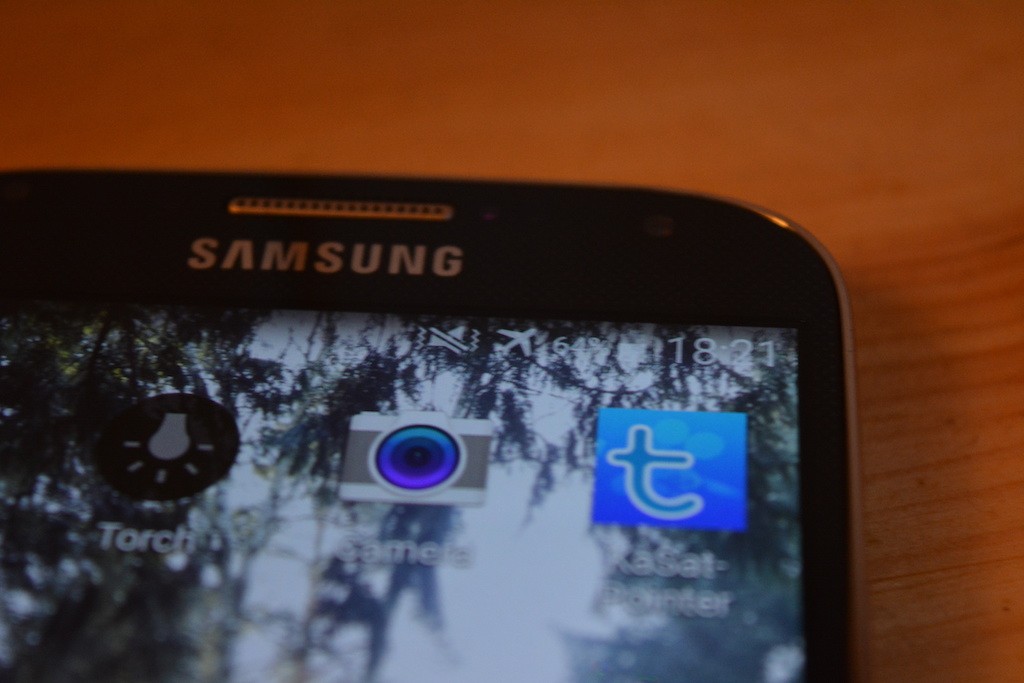 Of course, we have smartphones too.

Kirsty also has an iPod.

We do have to cater for times when satellite just isn’t possible and for emergencies at night. 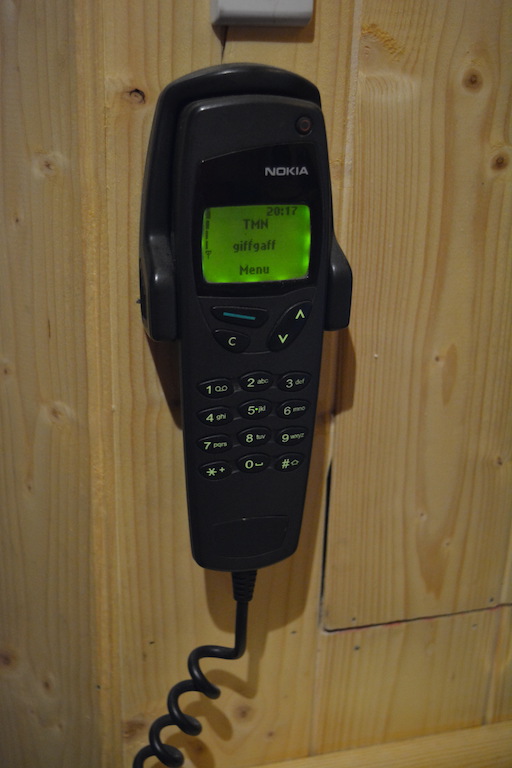 My solution is this old school Nokia 6090 car phone. Probably made in 1980 something.

The antenna is on the roof, so if signal is around, it picks it up! Frequently when a smartphone reckons there is none!

This fixed car phone means we can be contacted at any time in an emergency situation. Our geographical VOIP number simply diverts to this Pay-as-you go phone when the satellite isn’t active. 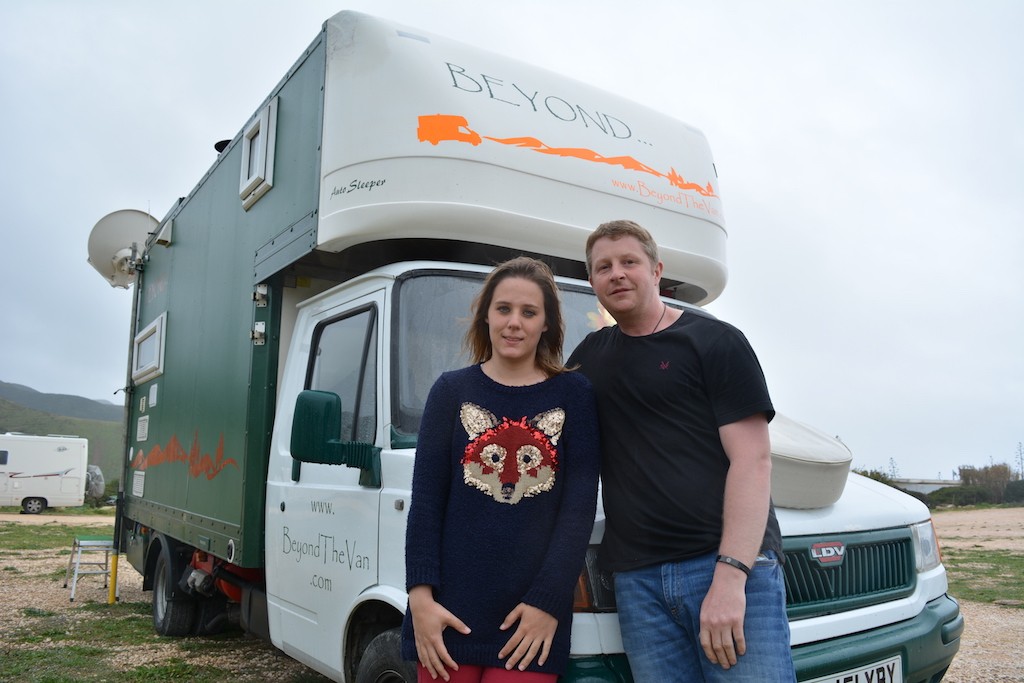 As you can see, for a mobile setup, the technology is pretty impressive!

5 Comments on “Beyond Technology.”