The universe has your back! 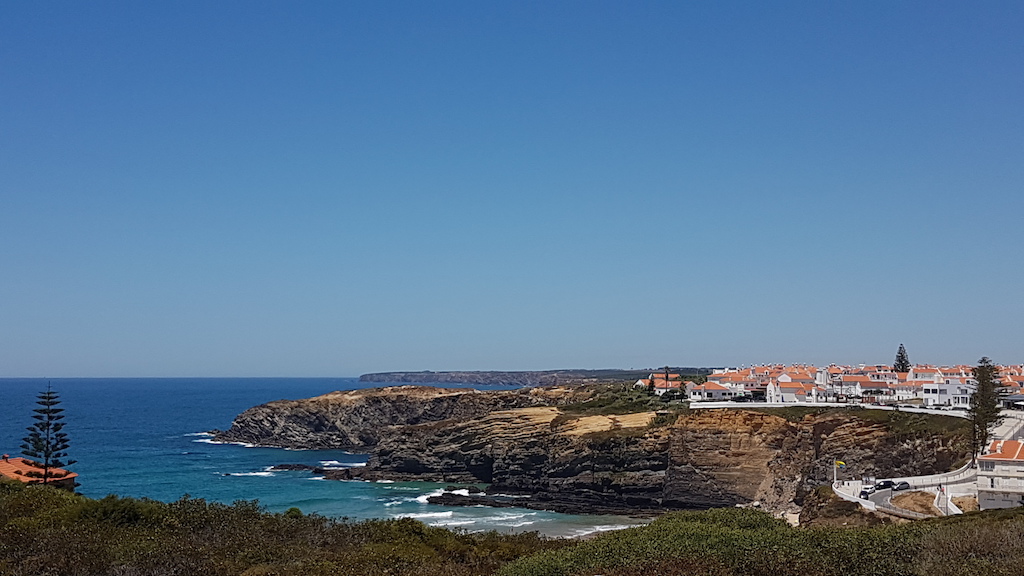 When I’m travelling, I rarely make plans. Whether you’re five or five thousand miles from home, life on the road can lead you in many fascinating and wonderful directions. By not making plans, you’re allowing the universe to take you where you need to go and meet the people you’re destined to meet. There is no such thing as coincidence and there is no right or wrong way to travel, it’s your own personal journey. You’ll see later how this has worked, yet again, for me along my journey.

Let the universe take over… 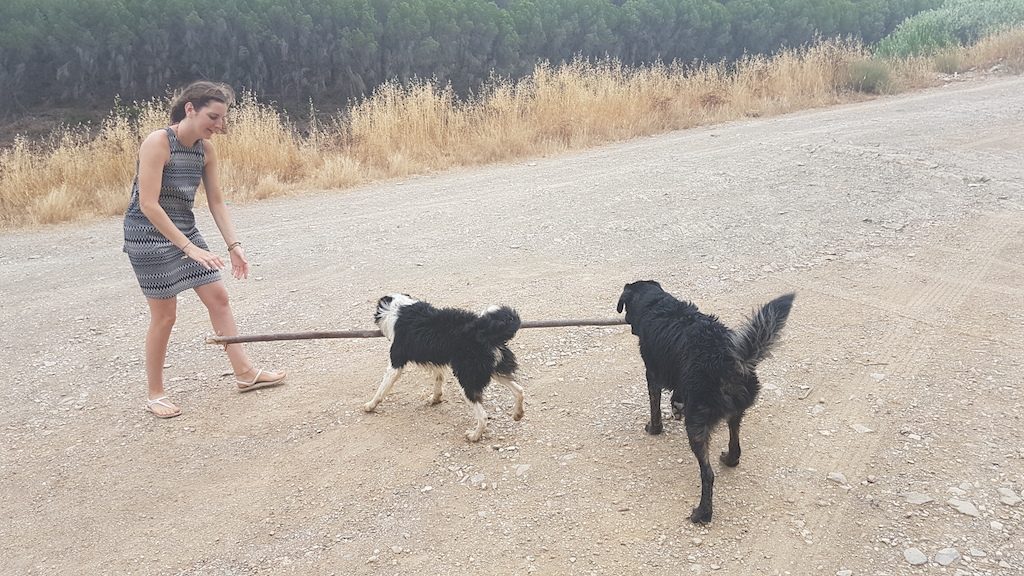 I pulled up next to a beautiful lake in Portugal. A remote spot I assumed would be peaceful. When I arrived, there was already a van parked there. Once upon a time, my initial thought would have been negative – another van already occupying “my” idyllic spot. This thought never entered my head. I waved to the couple in their Portuguese van and I stepped out to say hello. We instantly became friends. Their names were Bernardo and Raquel. We were destined to meet – and thankfully they spoke superb English! They invited me to eat with them and we spent the next few days together. 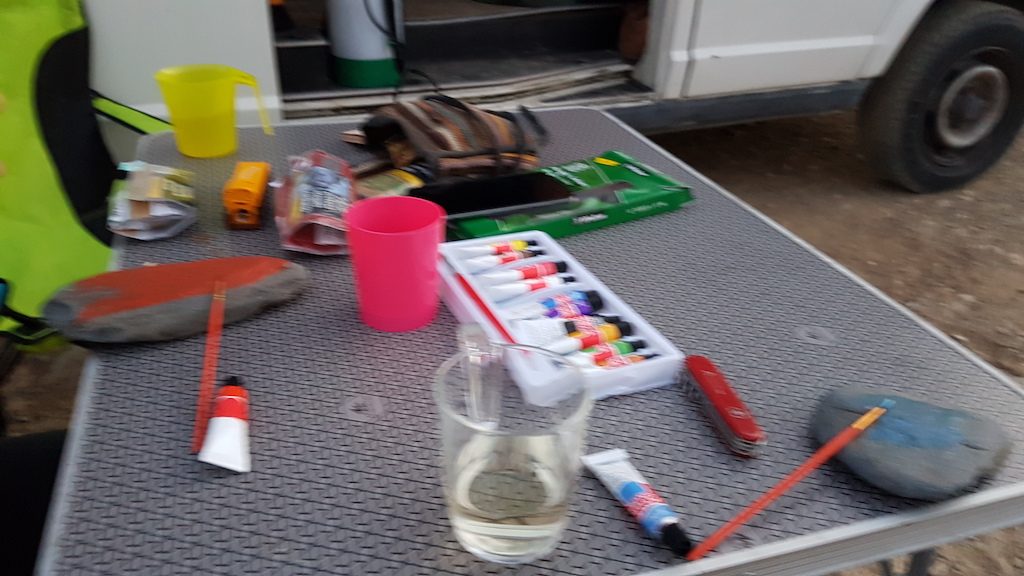 We sat and painted rocks and we drank good wine. 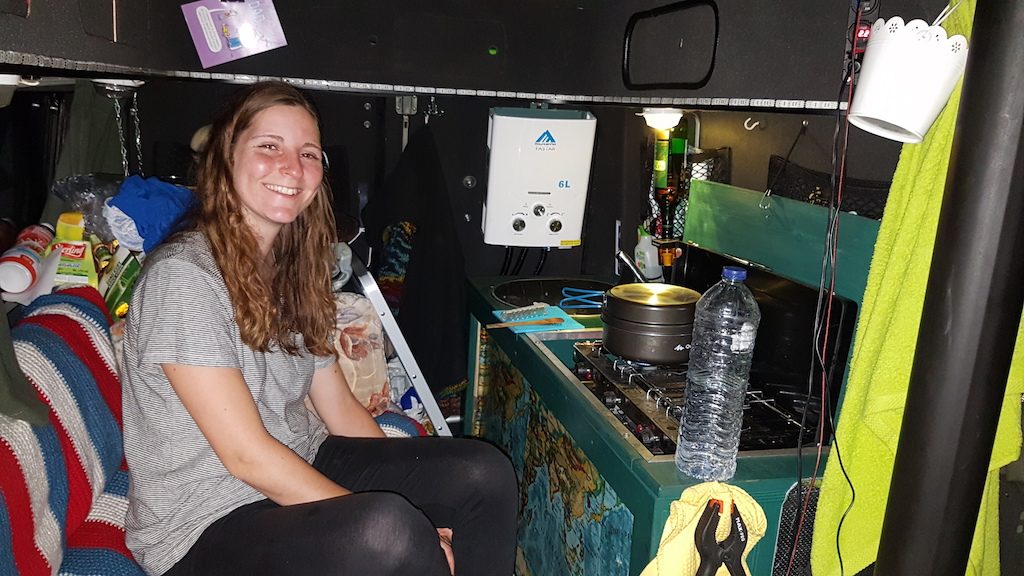 Raquel cooked us great food in my van.

Whilst parked, enjoying the sun, water and good company, another van arrived. This was a German van – in the UK it would be a Leyland Sherpa 400 but over here it’s a DAF 400. This van is the big, older brother to the Pilot, which is a Pilot 200 or previously a Sherpa 200. 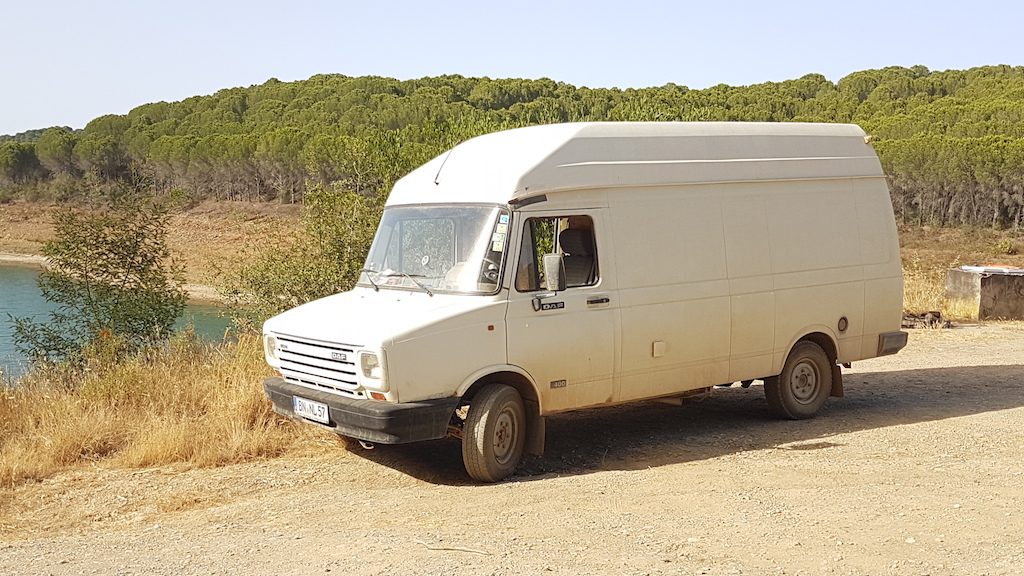 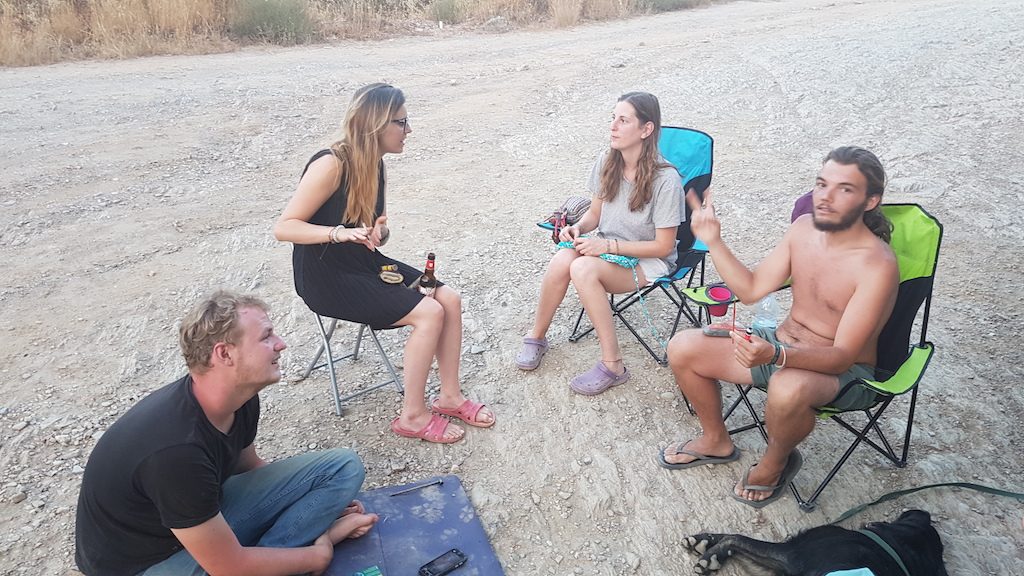 Later that evening, we set off to Pizza night. As we walked toward the gathering, I heard “Richard, Richard” – I was greeted by Cody from Belgium. Everyone knows Cody and I met him on both my previous visits to Portugal. He’s a great guy, everyone loves Cody. 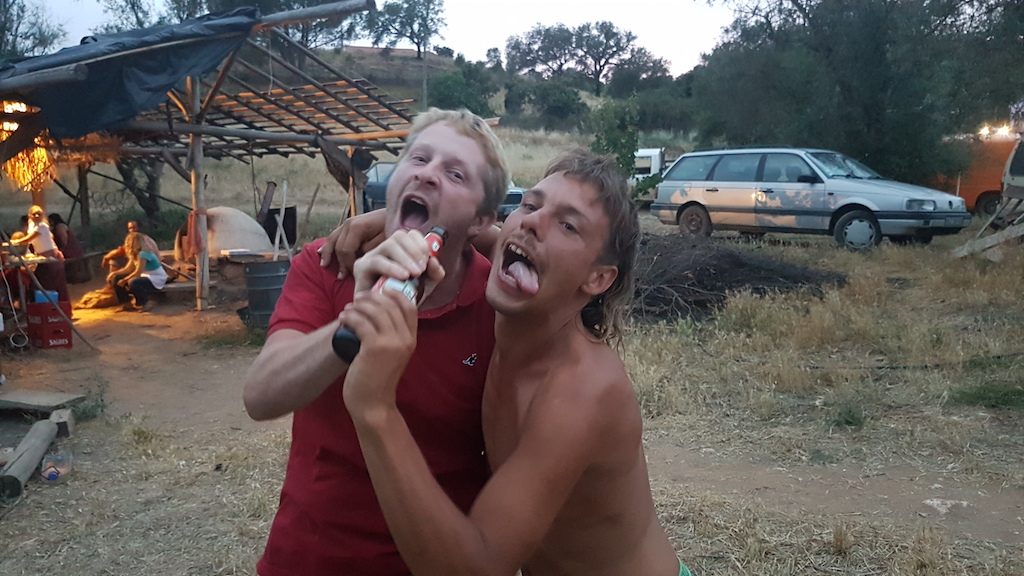 One thing I struggle with is cooking myself healthy meals. Or in fact, any meals. This isn’t just when I’m travelling, but every other day of my life too. I had set myself the intent of learning to cook for myself properly whilst being away. So far I’ve done really well and I haven’t had pasta once!

When I say the universe will bring the right people into your life at the right time, here’s the evidence yet again. There we were at Pizza night – something I hadn’t planned. I met a delightful lady, Carol. Having chatted briefly with Carol, it turns out she’s a professional cook. A professional cook who needs a professional web designer to help her out. Well, one of those wasn’t available, so I offered instead! Some web design lessons in exchange for some cooking lessons. The universe has my back.

The next day, Sunday, Noah and Ronja were heading for Germany. Farewell my friends. 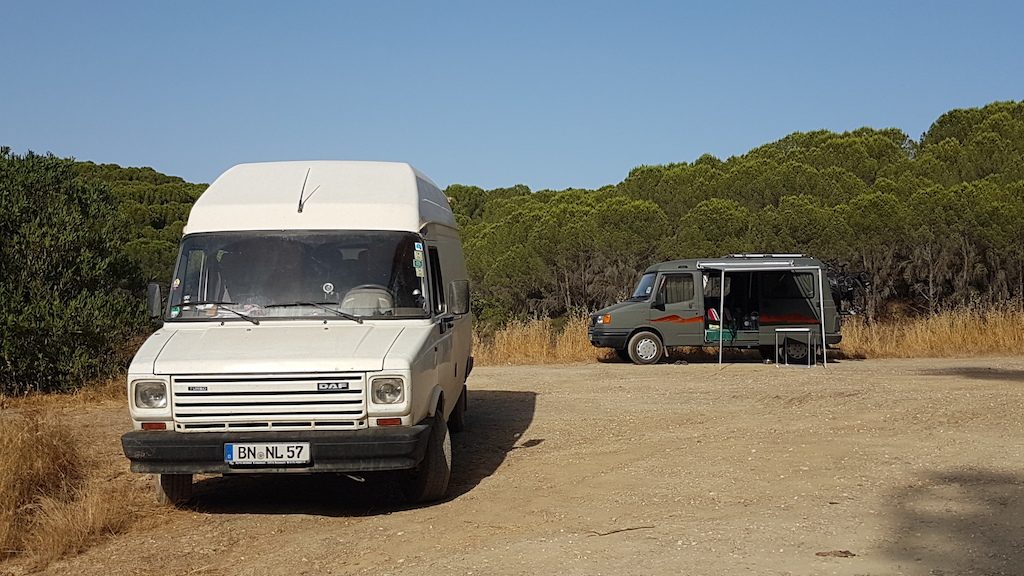 The rest of us went to the renowned hippy market at Barão de São João. We had a great day, despite torrential rain. Hey, I’m from the UK, a bit of rain never hurt anyone. 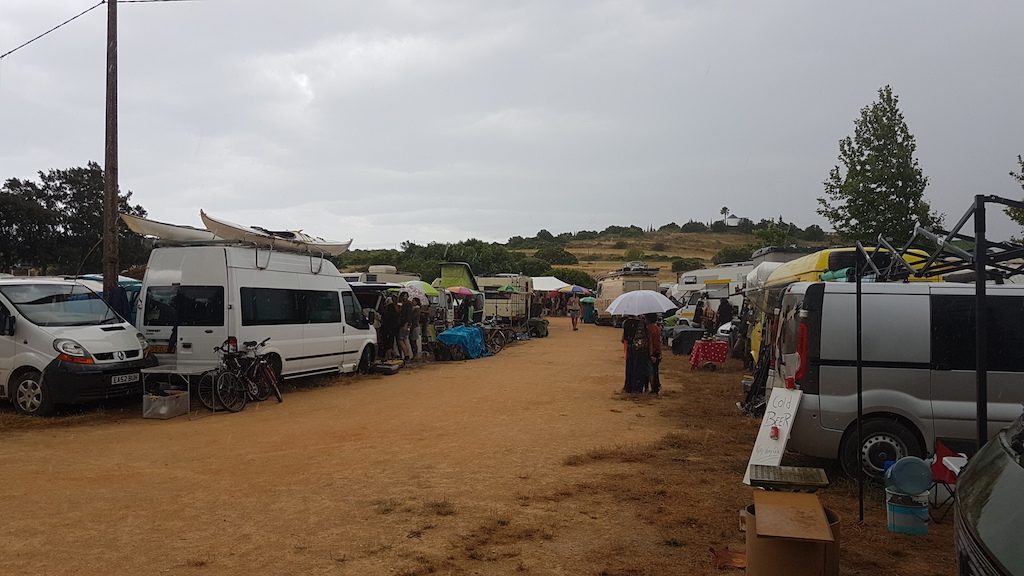 On the Monday, Raquel, who is a Yoga teacher, spent some time teaching me some Yoga. Something I’d wanted to try for quite some time but never had the confidence to join a group. Thank you again, universe – and thank you Raquel.

Then the three of us went off in my inflatable kayak for it’s maiden voyage. 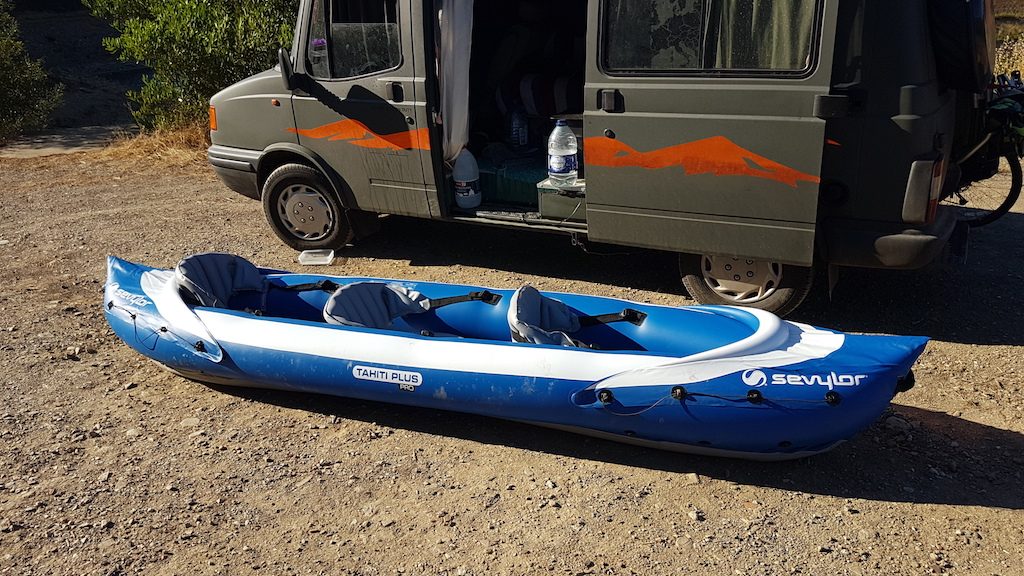 That evening, Bernardo and I sat outside until 2am drinking wine and discussing life – and how not to plan it.

I intend to keep in contact with these lovely people. The beauty of modern technology of course makes this possible. Great people and a privilege to meet them all. If you’re reading, thank you for an awesome few days. 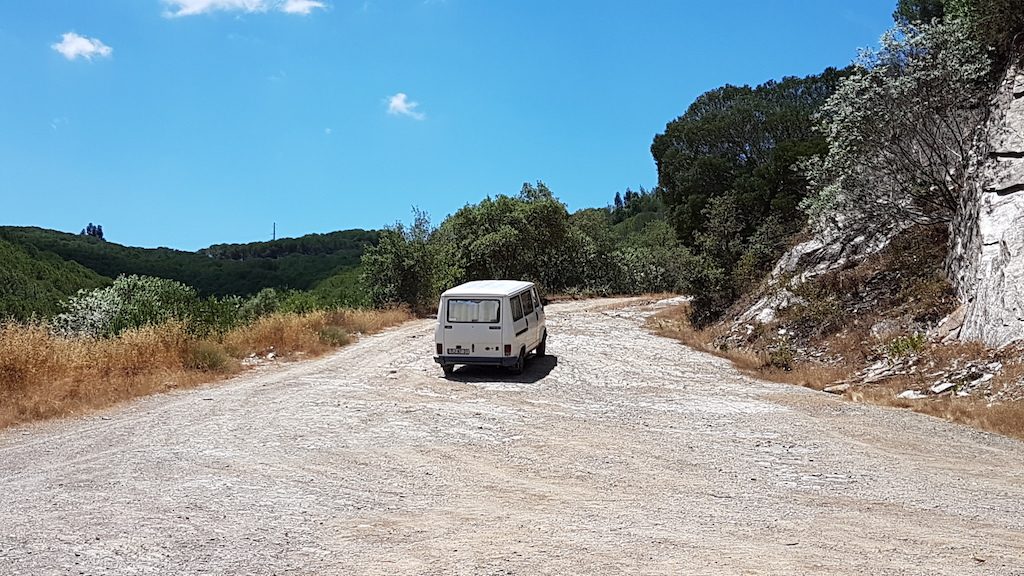 It’s always the way that when I’m a long way from home, I always seem come up with awesome new plans for projects. This trip is no exception and now I’ve got some fun ideas in mind… you’ll have to watch this space for the updates. These ideas are now making me want to get started on them! 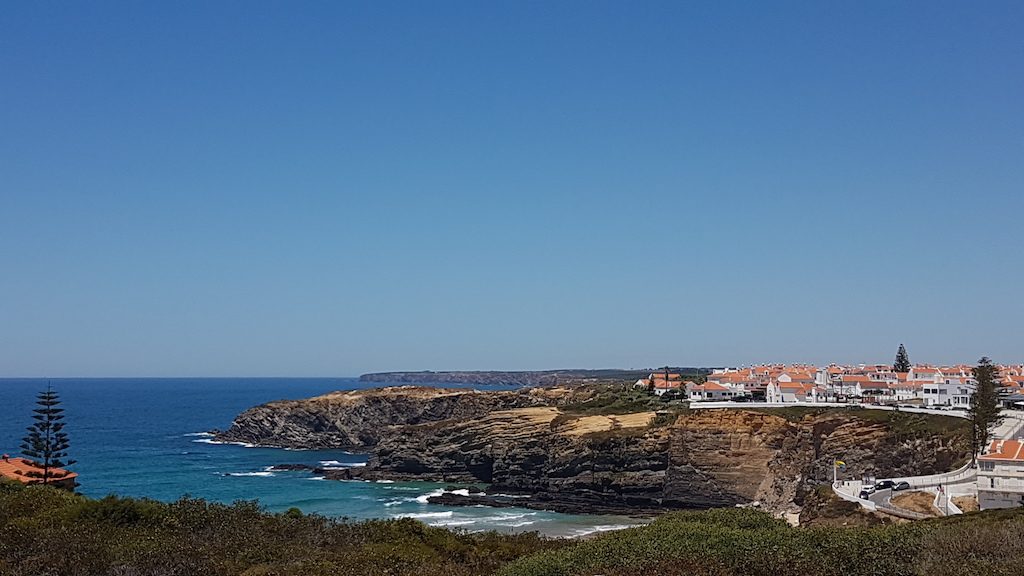 I think today’s Wednesday. I’m not actually sure about that as it doesn’t matter. But what I do know is it’s beach o’clock. So says Ted anyway. Following that, it’s generally beer o’clock! Until next time, obrigado for reading! I have now shared with you 50% of my Portuguese vocabulary…!

3 Comments on “The universe has your back!”