A grand tour of my Luton Van home! 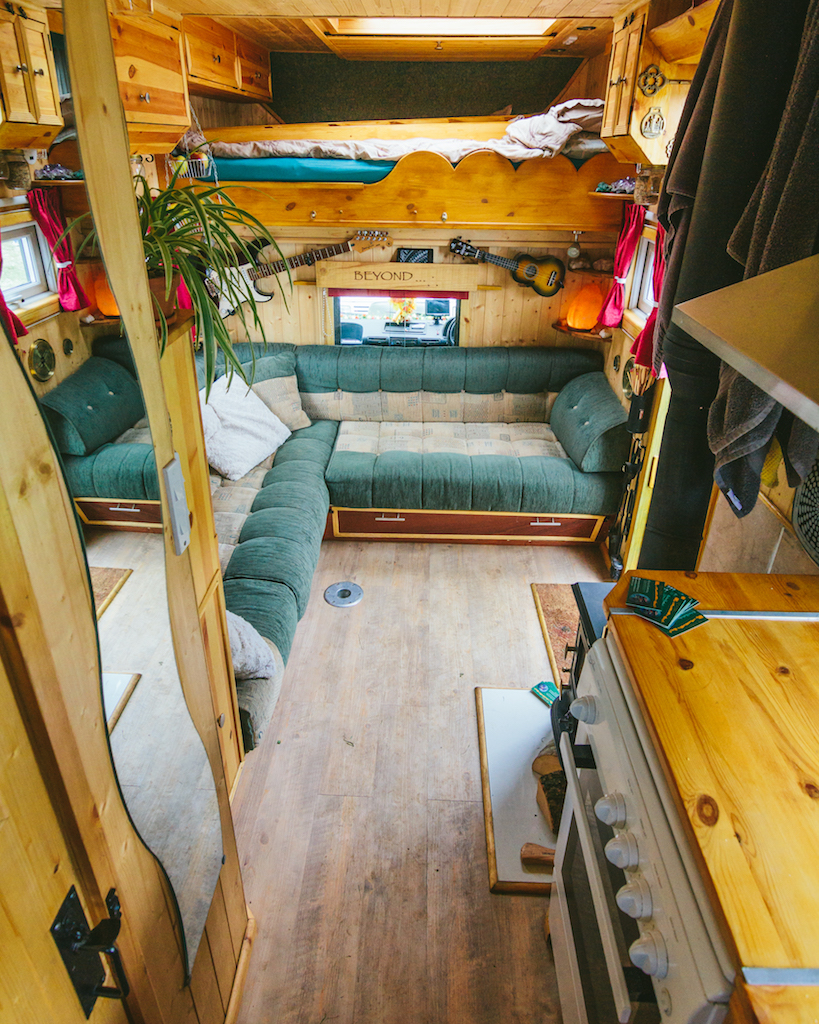 After converting four vans into campers and making video tours of each, it comes as a surprise that I have never done a video tour of my first conversion – my home!

I had always planned to do a van tour but as they say, tomorrow never comes. That is, until The Indie Projects get involved! 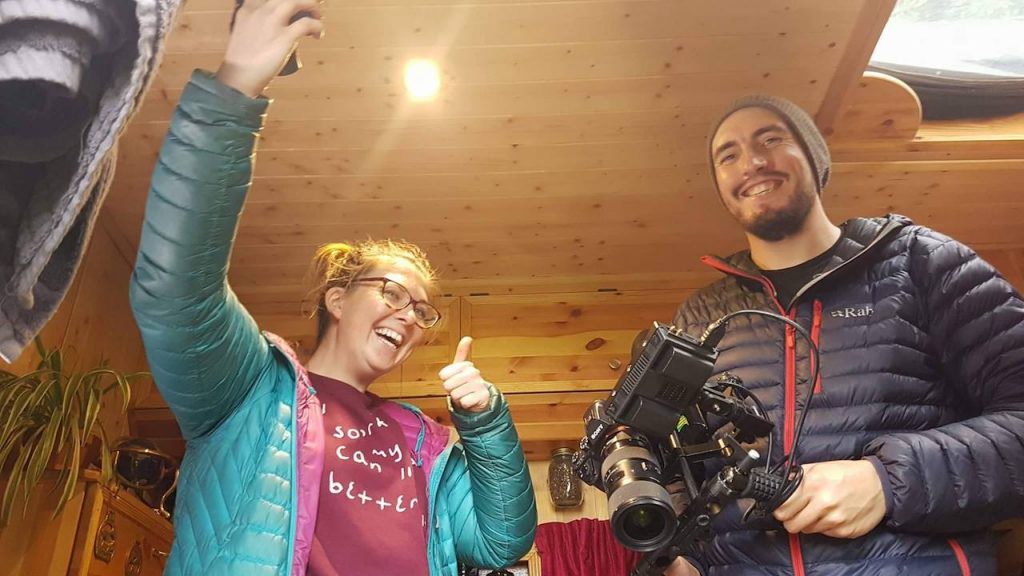 The Indie Projects are Theo and Bee. A lovely couple who film alternative living, tiny homes, and well, anything homely that is quirky and interesting. Leaders in their field, they arranged to come and meet me to do a tour. You can find their amazing YouTube channel here.

Little did I know at the time that this film making duo would become great friends!

As they arrived to meet me, Bee was greeted by Ted and they became friends straight away. A tennis ball helped this bond immensely.

Making YouTube videos is something I love doing and to watch professionals in action was a super experience. Ultimately, a costly one because I then went off to purchase extra film making gadgets (details below for those interested!).

As Theo filmed me doing a guided tour of my home, Bee created a behind the scenes video in between throwing Ted’s ball.

The weather was kind to us that day, the sun was shining and the rain kept well away. Theo took plenty of video footage and photos both outside and inside the van.

It was a great experience for me to watch professional film makers in action and it has to be said, these guys worked so hard. I’m well aware how much time goes into the editing afterwards but they really have got it down to a fine art.

After seeing how it’s all done, I hopped online to order myself a few things to help improve my video making – or that at least was my theory!!

The first thing that struck me was I needed a shoulder supported camera mount to help me take stable footage. There’s nothing worse than the video wobbling around!

I also invested in a handy, flexible tripod for the Go-Pro as well as a good quality suction mount.

Finally, I decided to get a wireless microphone. The one thing I struggle with in my videos is getting the audio levels consistent. Hopefully this will help me out here!

Massive thank you to Theo and Bee for all the time they put into creating a tour of my Luton van. Not only did they create an awesome video, they also convinced me to head to Portugal for the winter! So, you’ll be seeing more of them in future videos!

*** This may not be my most recent blog post. As of August 2017, many new blog posts are only available to subscribed blog followers.  You can subscribe for free, just pop your email address in on the homepage. ***

8 Comments on “A grand tour of my Luton Van home!”